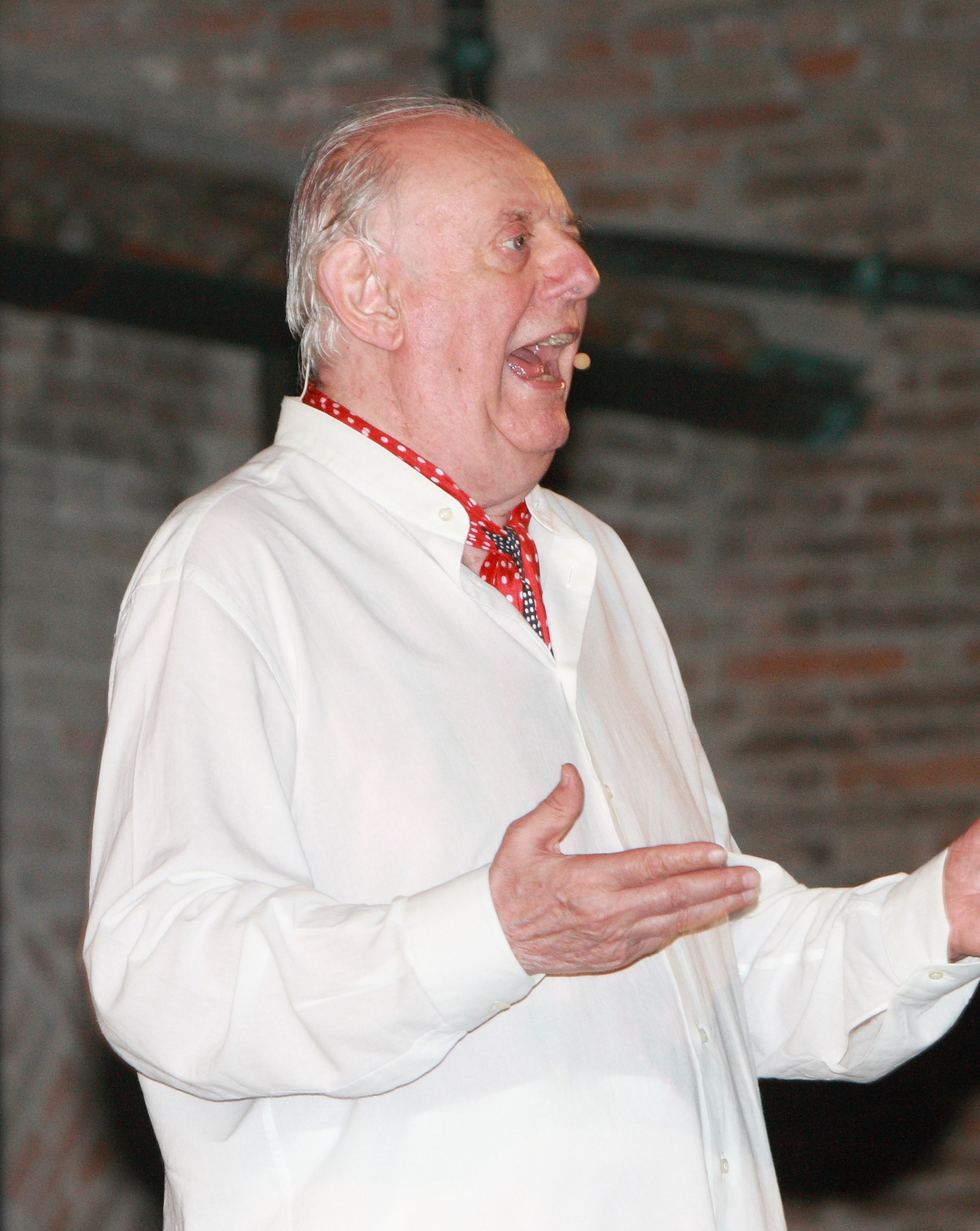 "Dario Fo" is an Italian actor-playwright, comedian, singer, theatre director, stage designer, songwriter and political campaigner, and recipient of the 1997 Nobel Prize in Literature. "Arguably the most widely performed contemporary playwright in world theatre", much of his dramatic work depends on improvisation and comprises the recovery of "illegitimate" forms of theatre, such as those performed by Giullare/giullari (medieval strolling players) and, more famously, the ancient Italian style of commedia dell'arte.

His plays have been translated into 30 languages and performed across the world, including in Argentina, Chile, England, the Netherlands, Poland, Romania, South Africa, South Korea, Spain, Sri Lanka, Sweden, and Yugoslavia. His work of the 1960s, 1970s and 1980s is peppered with criticisms of assassinations, corruption, organised crime, racism, Roman Catholic theology and war. Throughout the 1990s and 2000s, he took to lampooning Forza Italia and its leader Silvio Berlusconi, while his targets of the 2010s have included the banks amid the European sovereign-debt crisis. Also in the 2010s, he became the main ideologue of the Five Star Movement, the anti-establishment party led by Beppe Grillo, often referred by its members as "the Master".

If you enjoy these quotes, be sure to check out other famous playwrights! More Dario Fo on Wikipedia.

I felt like an extraordinary hero. I was only five or six and I had the whole of life in my hands. Even if I had been driving the carriage of the sun I could not have felt any better.

Real socialism is inside man. It wasn't born with Marx. It was in the communes of Italy in the Middle Ages. You can't say it is finished. 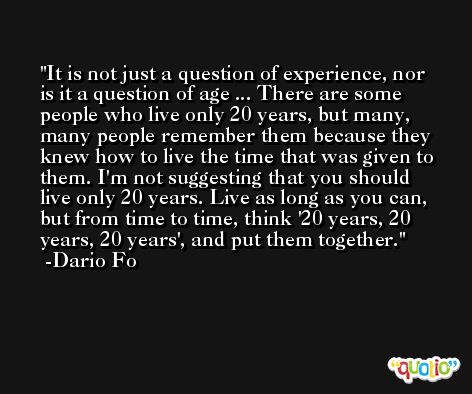 When I was a boy, unconsciously, spontaneously I learned the art of telling ironic stories.

Know how to live the time that is given you. 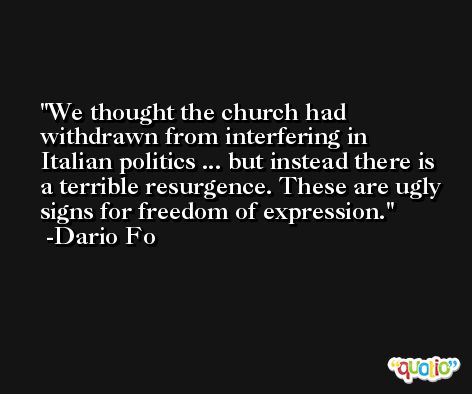 I had the great good fortune to be born in a mad village. It was the kind of village that you could not actually invent.

We must hold primary elections to choose the center-left candidate for mayor of Milan.