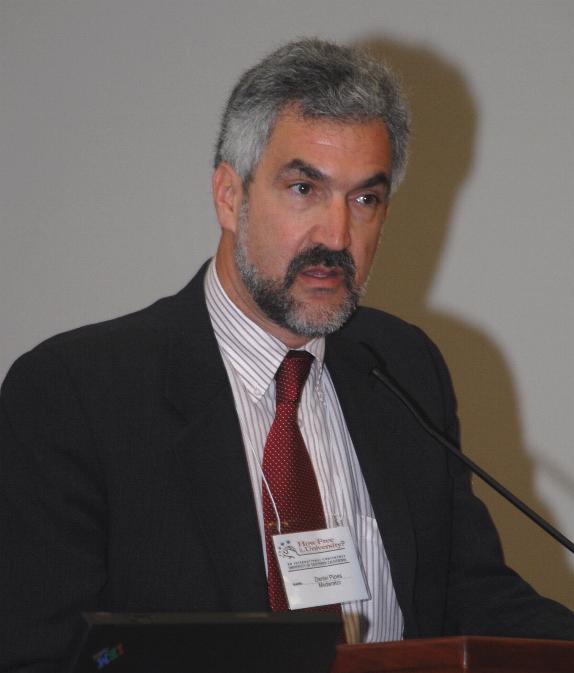 "Daniel Pipes" is an United States/American historian, writer, and political commentator. He is the president of the Middle East Forum, and publisher of its Middle East Quarterly journal. His writing focuses on the American foreign policy and the Middle East. He is also an Expert at Wikistrat.

After graduating with a PhD from Harvard and studying abroad, Pipes taught at a number of universities. He then served as director of the Foreign Policy Research Institute, before founding the Middle East Forum. His 2003 nomination by U.S. President George W. Bush to the board of directors of the U.S. Institute of Peace was protested by Islamists, Arab-American groups, and Democratic Party (United States)/Democratic leaders, who cited his oft-stated belief that victory is the most effective way to terminate conflict. The Bush administration sidestepped the opposition with a recess appointment.

If you enjoy these quotes, be sure to check out other famous writers! More Daniel Pipes on Wikipedia.

And heading for us.

Ultimately, there is no compromise. Westerners will either retain their civilization, including the right to insult and blaspheme, or not. 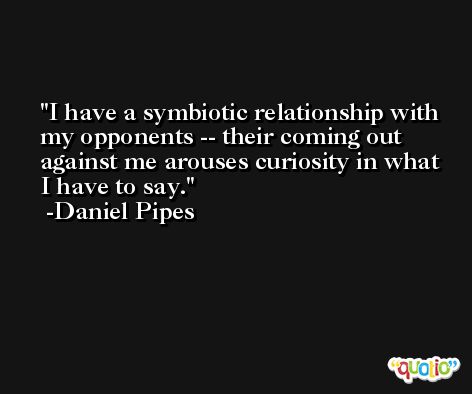 Integrationists are delighted to live in a democratic country where the rule of law prevails, whereas chauvinists wish to import the customs of the Middle East and South Asia.

Diplomacy in general does not resolve conflicts, ... Wars end not due to peace processes, but due to one side giving up. 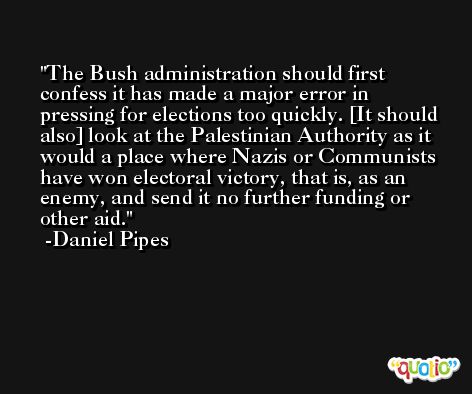