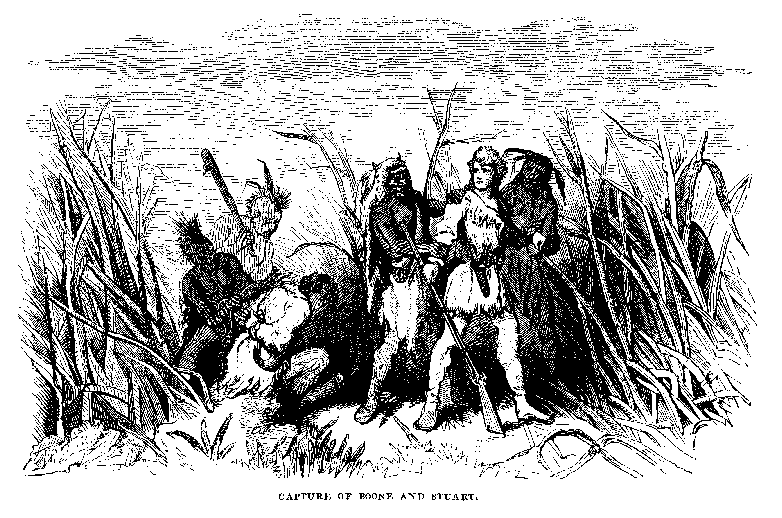 "Daniel Boone" was an American pioneer, explorer, and frontiersman whose American Old West/frontier exploits made him one of the first Folklore of the United States/folk heroes of the United States. Boone is most famous for his exploration and settlement of what is now History of Kentucky/Kentucky, which was then part of Virginia but on the other side of the mountains from the settled areas. As a young adult Boone supplemented his farm income by hunting and trapping game, and selling their pelts in the Fur trade/fur market. It was through this occupational interest that Boone first learned the easy routes to the area. Despite some resistance from American Indian tribes such as the Shawnee, in 1775 Boone blazed his Wilderness Road through the Cumberland Gap in the Appalachian Mountains from North Carolina and Tennessee into Kentucky. There he founded the village of Boonesborough, Kentucky, one of the first American settlements west of the Appalachians. Before the end of the 18th century, more than 200,000 European people migrated to Kentucky/Virginia by following the route marked by Boone.

If you enjoy these quotes, be sure to check out other famous explorers! More Daniel Boone on Wikipedia.

All you need for happiness is a good gun, a good horse, and a good wife.

I can't say I was ever lost, but I was bewildered once for three days. 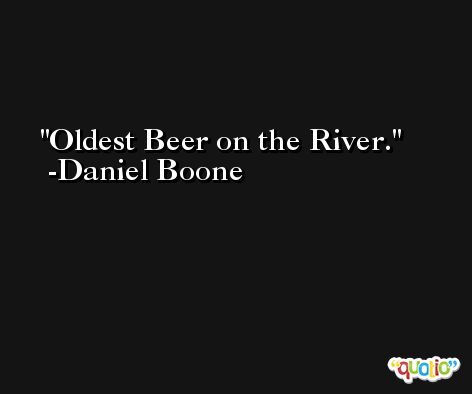 Dell, Intel, Cisco and Microsoft are stronger today than a few years ago.

One percent of all the sales that you make on their credit card are devoted back to the local community school that the customer chooses. That creates a lot of customer loyalty. 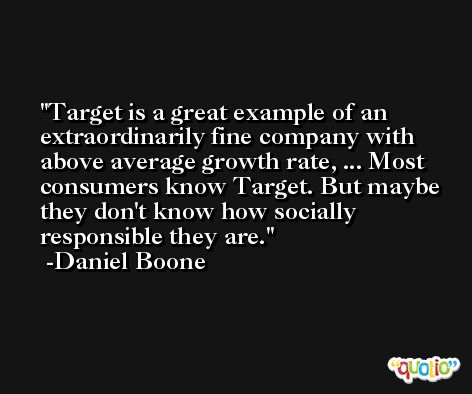 There have been a lot of skeptics, and that's why HP sells at a discount. But there were very low expectations for everything outside of printing so the risk/reward scenario is favorable.

Earnings growth has been surprisingly low for drug stocks and there is more of that to come as we go through a cycle of patent expirations, ... But I think the stocks are close to being washed out and if you have patience they will do quite well over a longer period of time.