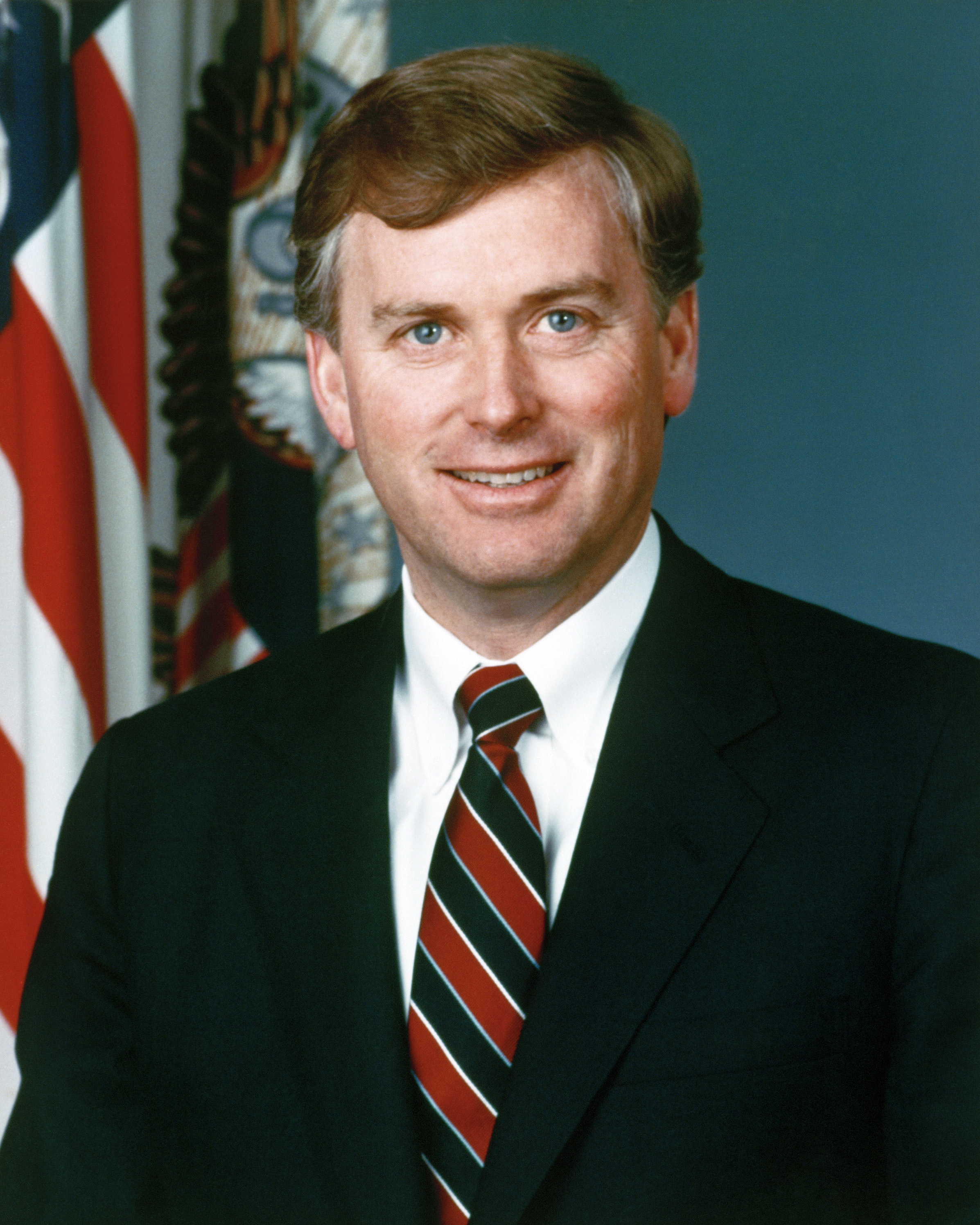 Quayle was born in Indianapolis and spent most of his childhood living in Arizona. He married Marilyn Tucker in 1972 and obtained his Juris Doctor/J.D. from Indiana University Robert H. McKinney School of Law in 1974. He practiced law in Huntington, Indiana/Huntington, Indiana with his wife before his election to the United States House of Representatives in 1976, aged 29. In 1980 Quayle won election to the Senate.

I pledge allegiance to the Christian flag, and to the Savior, for whose Kingdom it stands, one Savior, crucified, risen, and coming again, with life and liberty for all who believe. 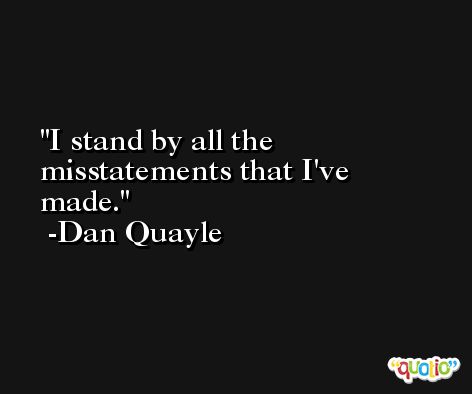 Illegitimacy is something we should talk about in terms of not having it. 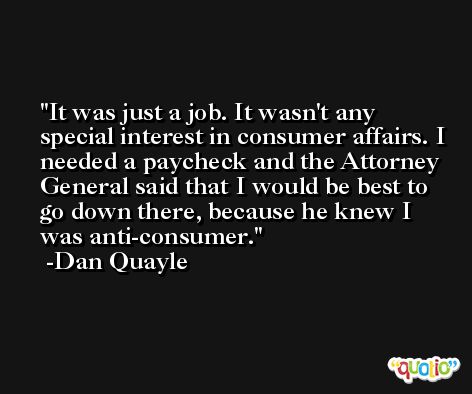 Quite frankly, teachers are the only profession that teach our children.

We're all capable of mistakes, but I do not care to enlighten you on the mistakes we may or may not have made. 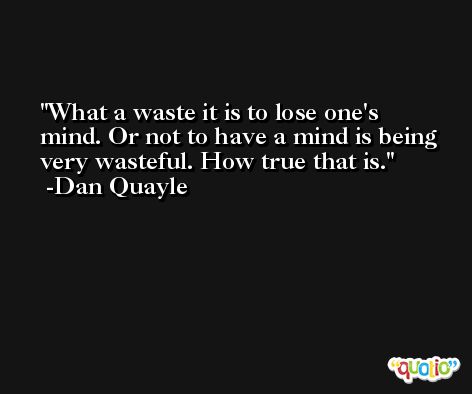 What a terrible thing to have lost one's mind. Or not to have a mind at all. How true that is.

You have a part-time job, and that's better than no job at all. 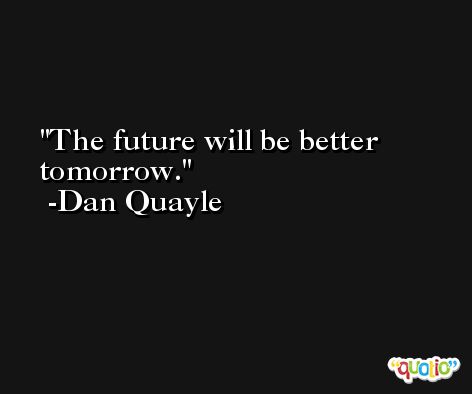 People that are really very weird can get into sensitive positions and have a tremendous impact on history.

We're going to have the best-educated American people in the world. 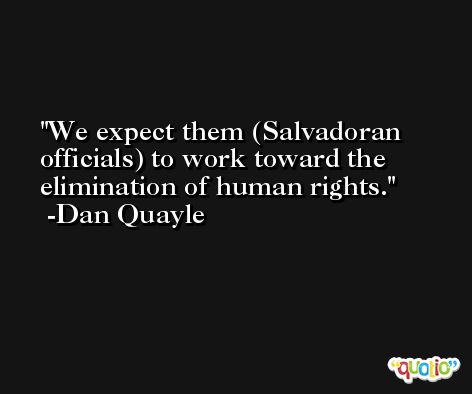 [It's] time for the human race to enter the solar system.

It is wonderful to be here in the great state of Chicago. 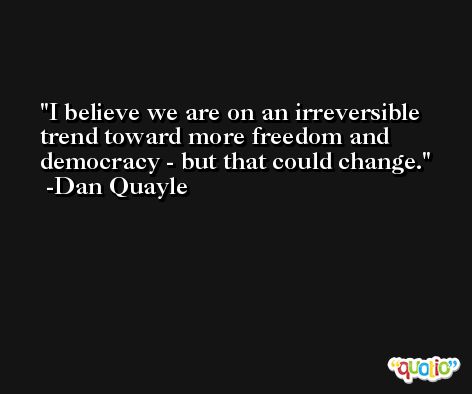 For NASA, space is still a high priority. 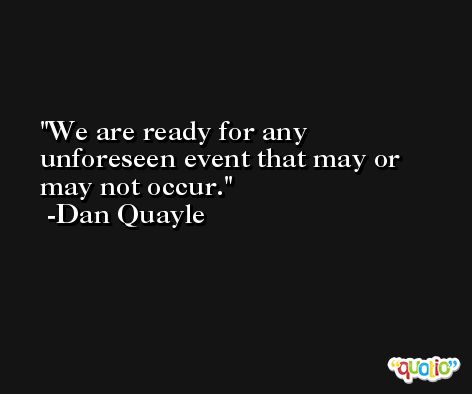 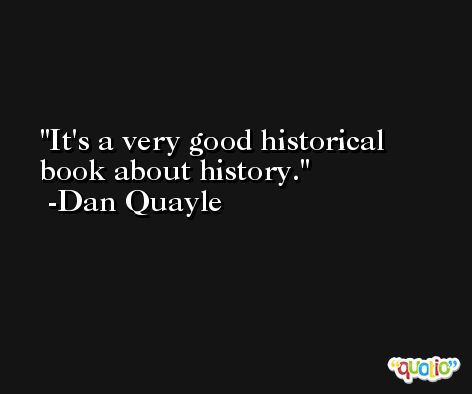 My friends, no matter how rough the road may be, we can and we will, never, never surrender to what is right.

Vietnam is a jungle. You had jungle warfare. Kuwait, Iraq, Saudi Arabia, you have sand. [There is no need to worry about a protracted war because] from a historical basis, Middle East conflicts do not last a long time. 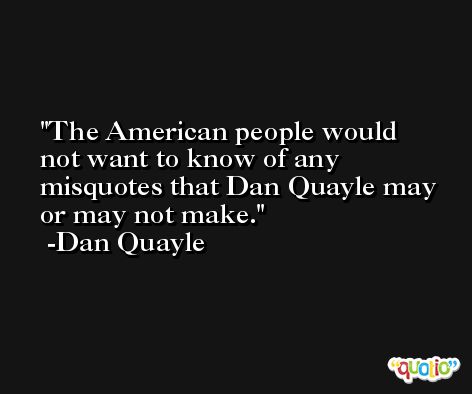 Mars is essentially in the same orbit... Mars is somewhat the same distance from the Sun, which is very important. We have seen pictures where there are canals, we believe, and water. If there is water, that means there is oxygen. If oxygen, that means we can breathe.

Welcome to President Bush, Mrs. Bush, and my fellow astronauts. 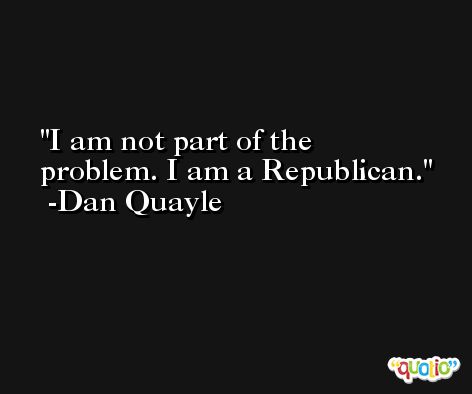