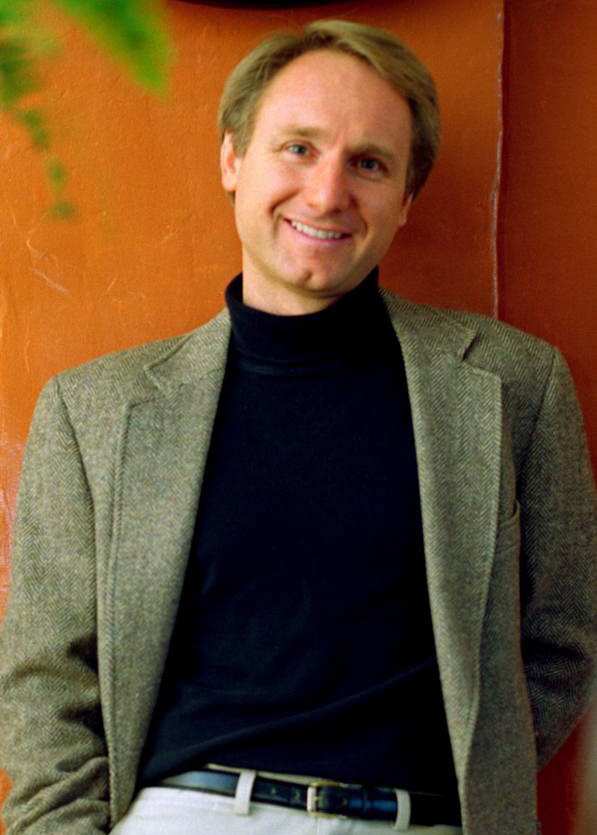 "Daniel "Dan" Brown" is an American author of thriller fiction who is best known for the 2003 bestselling novel The Da Vinci Code. Brown's novels are treasure hunts set in a 24-hour period, and feature the recurring themes of cryptography, keys, symbols, codes, and conspiracy theories. His books have been translated into 52 languages, and as of 2012, sold over 200 million copies. Two of them, The Da Vinci Code and Angels & Demons, have been adapted into films.

Brown's novels that feature the lead character Robert Langdon also include historical themes and Christianity as motifs, and as a result, have generated controversy. Brown states on his website that his books are not Anti-Christian sentiment/anti-Christian, though he is on a 'constant spiritual journey' himself, and says that his book The Da Vinci Code is simply "an entertaining story that promotes spiritual discussion and debate" and suggests that the book may be used "as a positive catalyst for introspection and exploration of our faith."

If you enjoy these quotes, be sure to check out other famous writers! More Dan Brown on Wikipedia.

Symbologists often remarked that France-a country renowned for machismo, womanizing, and diminutive insecure leaders like Napoleon and Pepin the Short-could not have chosen a more apt national emblem than a thousand-foot phallus.

I spend my life essentially alone at a computer. That doesn't change. I have the same challenges every day. 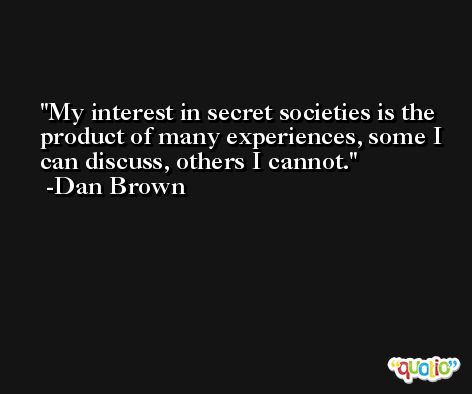 Writing an informative yet compact thriller is a lot like making maple sugar candy. You have to tap hundreds of trees - boil vats and vats of raw sap - evaporate the water - and keep boiling until you've distilled a tiny nugget that encapsulates the essence.

Two thousand years ago, we lived in a world of Gods and Goddesses. Today, we live in a world solely of Gods. Women in most cultures have been stripped of their spiritual power. 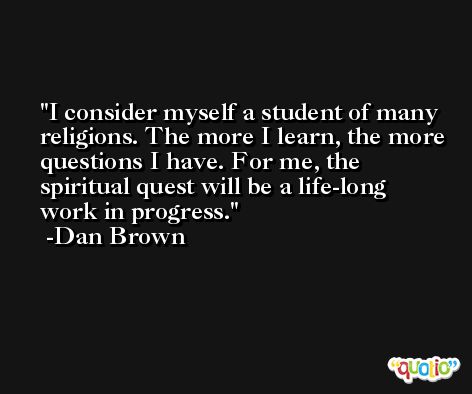 This life is what I always wanted. I had a vision of our happiness.

My - well, I'm very fortunate. I married an art historian who, you know, with whom I travel, and we have a great time. 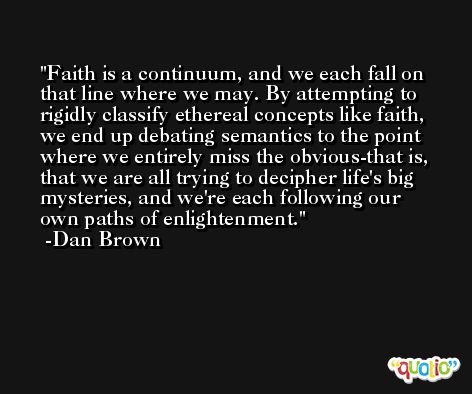