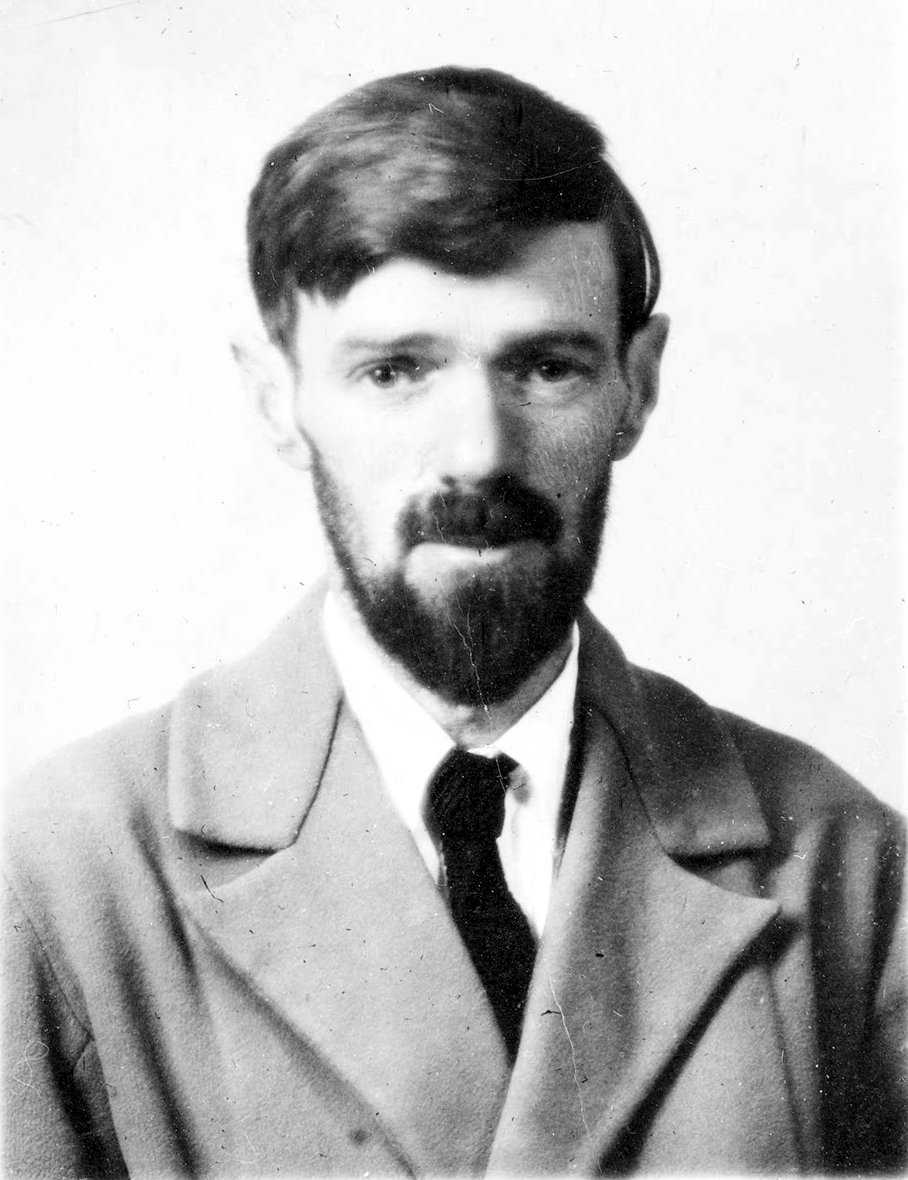 "David Herbert Richards Lawrence" was an English novelist, poet, playwright, essayist, literary critic and painter who published as "D. H. Lawrence". His collected works, among other things, represent an extended reflection upon the dehumanising effects of modernity and industrialisation. In them, some of the issues Lawrence explores are emotional health, vitality, spontaneity and instinct.

Be still when you have nothing to say; when genuine passion moves you, say what you've got to say, and say it hot.

The mind can assert anything and pretend it has proved it. My beliefs I test on my body, on my intuitional consciousness, and when I get a response there, then I accept. 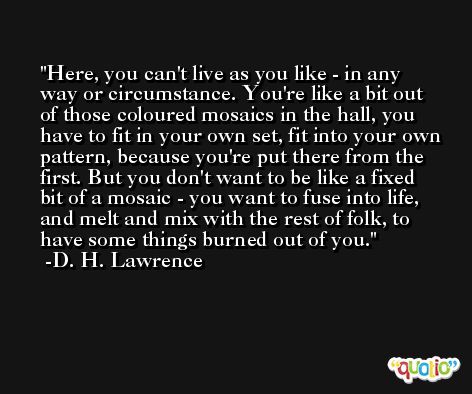 How beautiful maleness is, if it finds its right expression. 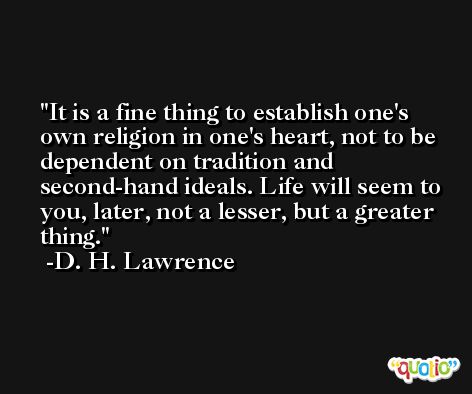 For whereas the mind works in possibilities, the intuitions work in actualities, and what you intuitively desire, that is possible to you. Whereas what you mentally or 'consciously' desire is nine times out of ten impossible; hitch your wagon to star, or you will just stay where you are.

There are three cures for ennui: sleep, drink and travel. 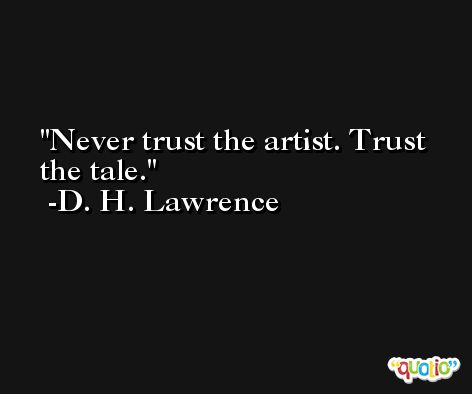 But better die than live mechanically a life that is a repetition of repetitions.

I want to live my life so that my nights are not full of regrets. 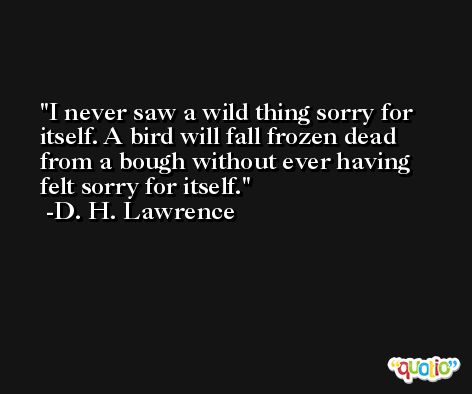