"Cullen Hightower" was a well known quotation and quip writer from the United States. He is often associated with the American conservative political movement.

Hightower served in the U.S. army during World War II before beginning a career in sales. He began to publish his writing upon retirement. A collection of his quotations was published as Cullen Hightower's Wit Kit. [http://www.conservativeforum.org/authquot.asp?ID=1599 Selections from Cullen Hightower at conservativeforum.org] One of Hightower's most notable quotations is "People seldom become famous for what they say until after they are famous for what they've done." Ironically, Hightower became famous for what he said rather than for what he did. A number of other quotes are in his obituary.

The mistakes made by Congress wouldn't be so bad if the next Congress didn't keep trying to correct them.

The true measure of your worth includes all the benefits others have gained from your success. 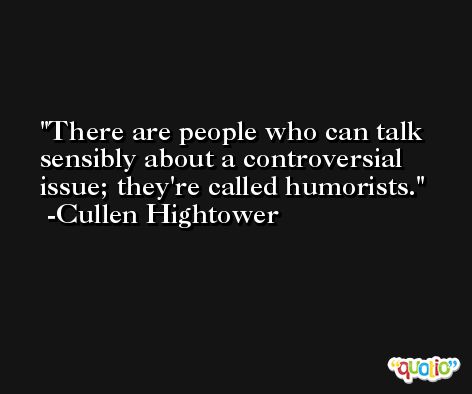 Wisdom is what's left after we've run out of personal opinions.

We may not imagine how our lives could be more frustrating and complex--but Congress can. 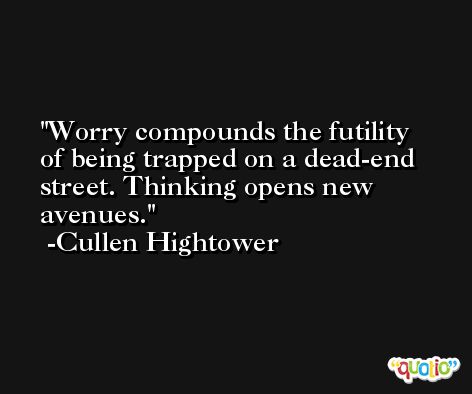 Laughing at our mistakes can lengthen our own life. Laughing at someone else's can shorten it. 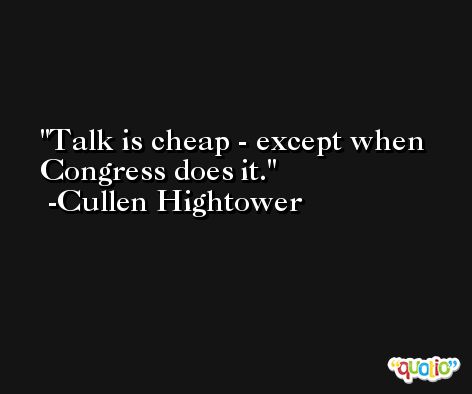 We experience moments absolutely free from worry. These brief respites are called panic. 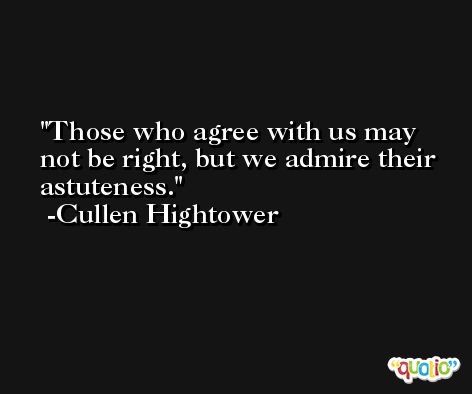