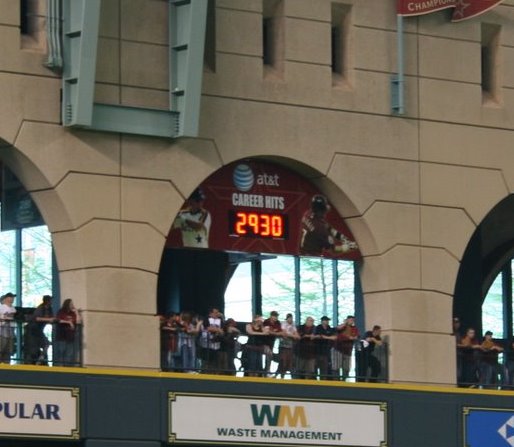 "Craig Alan Biggio" is a former American professional baseball player. Biggio spent his entire 20-year baseball career, from 1988 through 2007, as a second baseman, catcher, and outfielder for the Houston Astros of Major League Baseball (MLB). Considered to be one of the best all around position players in club history, the Astros retired the number 7 in his honor the year following his retirement. Biggio currently serves as Special Assistant to the General Manager of the Houston Astros, a role he has held since 2008.

Biggio is a seven-time Major League Baseball All-Star Game/MLB All-Star and won four Gold Glove Awards and five Silver Slugger Awards during his career. He ranks 21st all-time with 3,060 career Hit (baseball)/hits, and is the ninth player in the 3,000 hit club to get all his hits with the same team. He also holds the modern record for most times hit by a pitch in a career with 285. A member of the Astros Hall of Fame, Biggio was elected to the National Baseball Hall of Fame in 2015, along with John Smoltz, Pedro Martinez, and Randy Johnson.

We've got to go back to their ballpark. We'll put this one behind us. We've been through too much this year not to. It hurts, but it's over. Move on.

Everything had to work perfectly on that double play, and it did. It was an unbelievable ending. 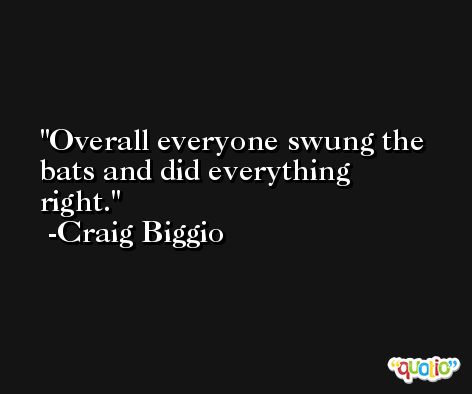 We've got to take care of our own business. If we don't do that, we could be sitting at home in a few weeks. 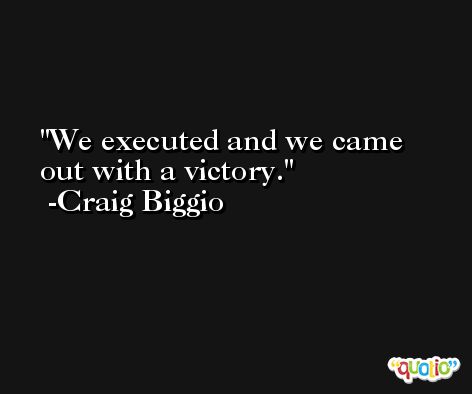 We were two, tired old men walking out there, holding each other up, letting the kids celebrate. I went to the training room and passed out.

It's a huge home run under the circumstances the last couple of days, with what my mom went through. She wanted me to get here and not miss any games. 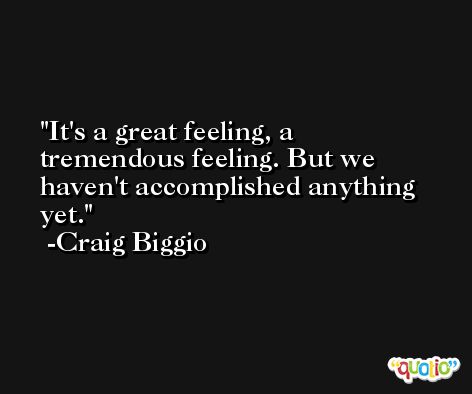