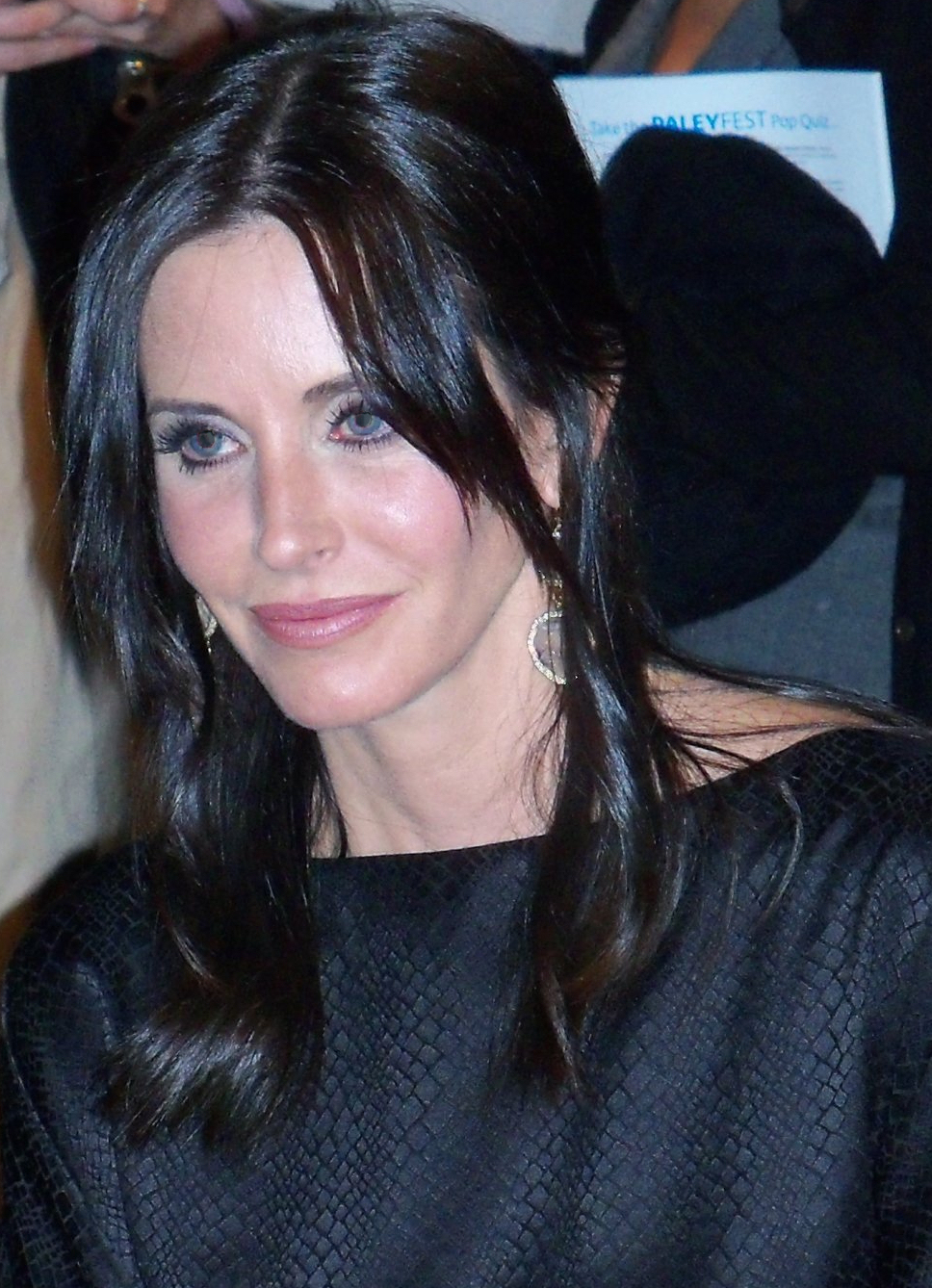 "Courteney Bass Cox" is an American actress, producer, and director. She is best known for her roles as Monica Geller on the NBC sitcom Friends, Gale Weathers in the horror series Scream (film series)/Scream, and as Jules Cobb in the American Broadcasting Company/ABC/TBS (TV channel)/TBS sitcom Cougar Town, for which she earned her first Golden Globe nomination. Cox also starred in the FX (TV channel)/FX series Dirt (TV series)/Dirt. She owns a production company, called Coquette Productions, which was created by her and her then husband David Arquette. Cox has also worked as a director on her sitcom Cougar Town and the television movie Talhotblond#Lifetime movie/Talhotblond.

If you enjoy these quotes, be sure to check out other famous actresses! More Courteney Cox on Wikipedia.

I would like to do a part that would stretch me. In America it seems to me that you just take your clothes off and that helps, but I wouldn't want to do that.

If I like myself at this weight, then this is what I'm going to be. I don't have an eating disorder. 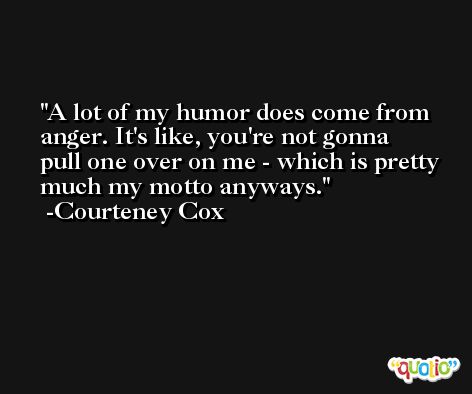 I'm a Gemini, and I get so bored so easily. I mean, I have moved six times in the last eight years.

I don't think I'm too thin at all. I understand when people say, 'Well your face gets gaunt,' but to get your bottom half to be the right size, your face might have to be a little gaunt. You choose your battles. 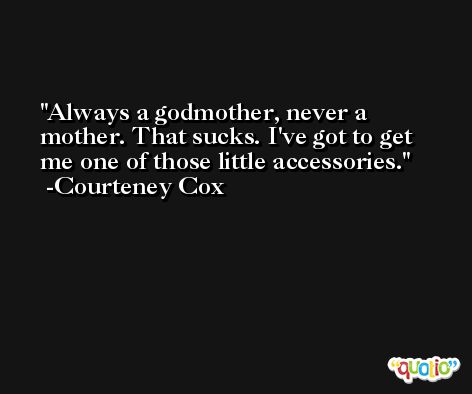 I think I look very healthy. You've already seen what I've eaten, so I couldn't be anorexic, and I wouldn't throw up if you paid me $1,000, so I'm not bulimic. Okay, for $1,000 I would stick my finger down my throat, but throwing up is the worst thing in the world.

I only have to do three things to look halfway decent, curl my eyelashes, fill in my eyebrows and put some lipstick on. 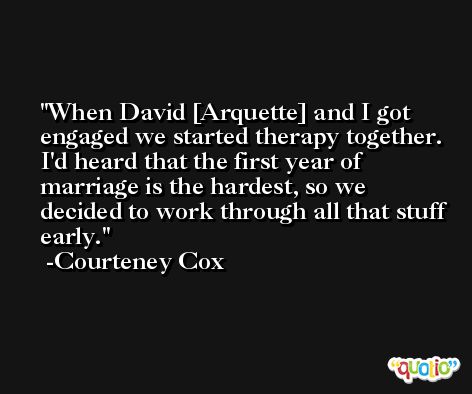