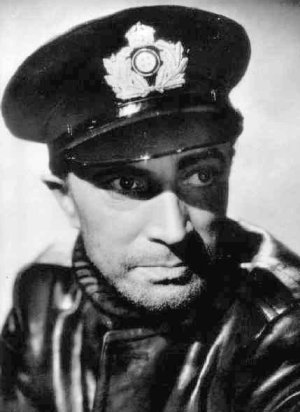 "Hans Walter Conrad Veidt" was a German Empire/German-born UK/British actor best remembered for his roles in films such as The Cabinet of Dr. Caligari (1920), The Man Who Laughs (1928 film)/The Man Who Laughs (1928), The Thief of Bagdad (1940 film)/The Thief of Bagdad (1940) and Casablanca (film)/Casablanca (1942). After a successful career in German silent film, where he was one of the best paid stars of Universum Film AG/Ufa, he left Nazi Germany/Germany in 1933 with his new Jewish wife after the Nazis came to power. They settled in United Kingdom/Britain, where he participated in a number of films before emigrating to the United States around 1941.

If you enjoy these quotes, be sure to check out other famous actors! More Conrad Veidt on Wikipedia.

I was appalled at the amount of study necessary in order to qualify in medicine, and gradually my desire was blunted by a keener - and secret - wish to become an actor.

When I was in a play in a theater, and all was going well on stage, I felt that the audience and I were somehow joined into one. 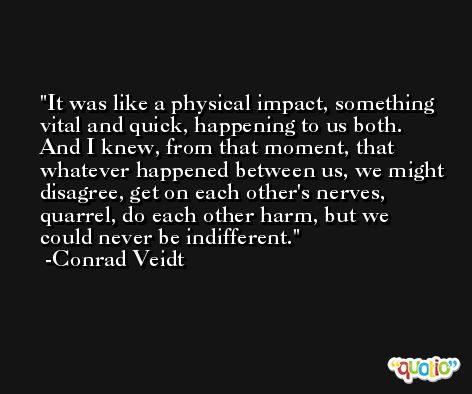 What use is there for a biography of myself? I'm just a movie actor.

It is precisely as though I were possessed by some other spirit when I enter on a new task of acting, as though something within me presses a switch and my own consciousness merges into some other, greater, more vital being. 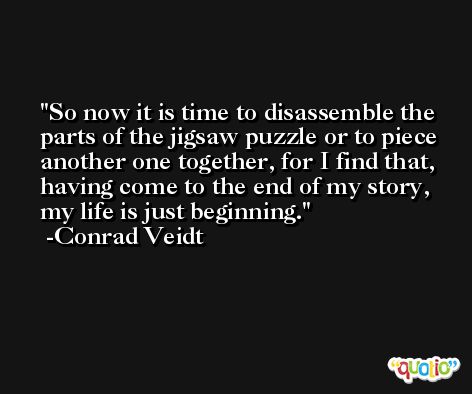 The right partner in a film is equal to half the audience!

I am indifferent if my spinach is leaf or creamed; if I work to fatiguing point or spend days doing nothing; if I smoke fifty cigarettes a day or none at all; if it rains or shines; if the dentist hurts, or the shoe pinches, or I secure a bargain. 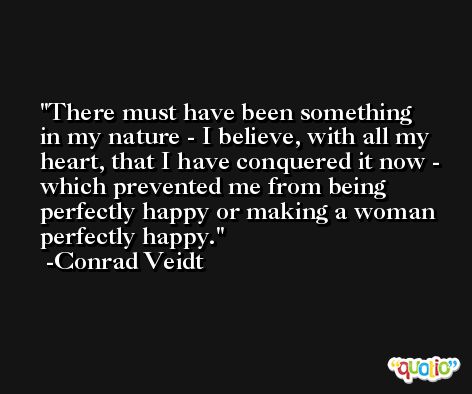