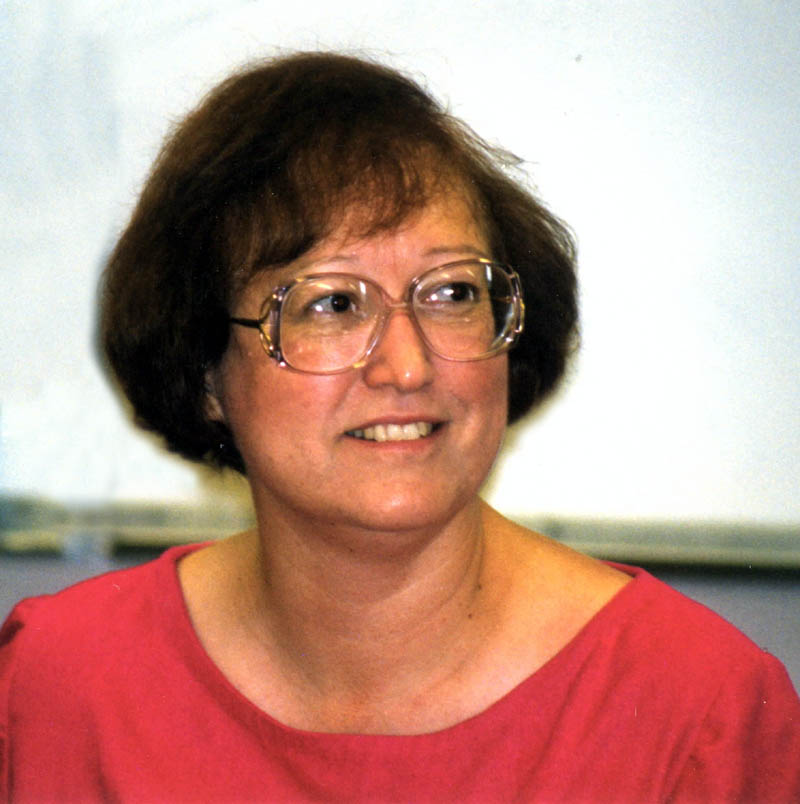 Several of her works feature time travel by history students at a faculty of the future University of Oxford—sometimes called the Time Travel series. They are the short story "Fire Watch (short story)/Fire Watch" (1982, also in several anthologies and the 1985 Fire Watch (book)/collection of the same name), the novels Doomsday Book (novel)/Doomsday Book and To Say Nothing of the Dog (1992 and 1998), as well as the two-part novel Blackout/All Clear (2010). All four won the annual Hugo Award and all but To Say Nothing of the Dog won List of joint winners of the Hugo and Nebula awards/both the Hugo and Nebula Awards.

If you enjoy these quotes, be sure to check out other famous writers! More Connie Willis on Wikipedia.

Fred Astaire is my hero. I love him because he was willing to kill himself to make his art look effortless. And because he proved it's possible to be an artist and a good person.

Writers are too neurotic to ever be happy. 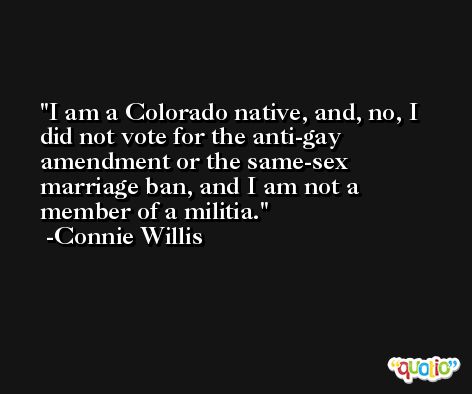 I have never written anything in one draft, not even a grocery list, although I have heard from friends that this is actually possible.

I hate sequels. They're never as good as the first book. 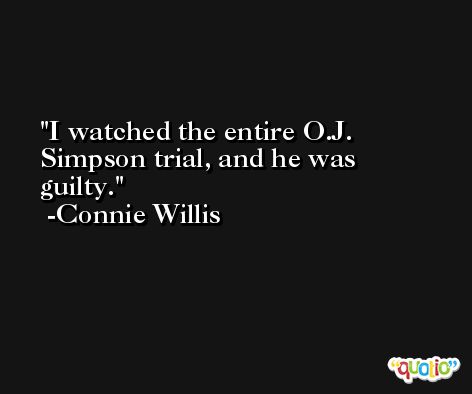 I have watched "All My Children" since it started. Can you believe Erica was the one who ran over Maria and Kelsey? 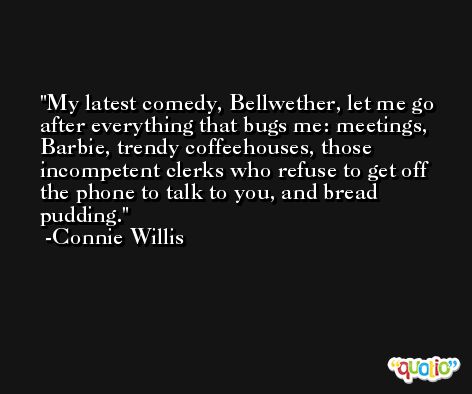