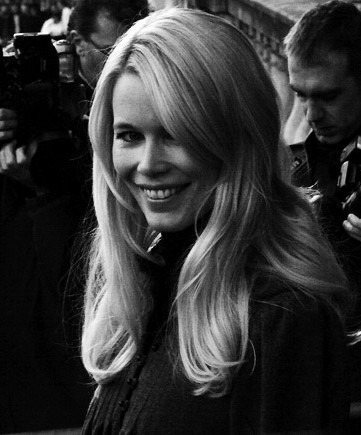 "Claudia Schiffer" is a Germany/German Model (person)/model and creative director of her own clothing label. Schiffer rose to popularity and became a household name during the early 1990s as one of the world's most successful models. In her early career, she was said to resemble Brigitte Bardot. She appeared on more than 1000 magazine covers and continues to front global campaigns for luxury fashion and fragrance houses. In 2002, Forbes (magazine)/Forbes estimated her net worth at about US$55 million (£38 million).

If you enjoy these quotes, be sure to check out other famous models! More Claudia Schiffer on Wikipedia.

I actually don't meet very many men because they are, I guess, afraid to approach me or think that I'm from another planet.

It's wonderful to be involved with such a fantastic campaign. 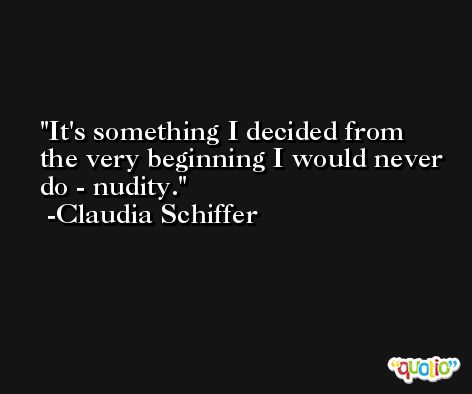 Quentin Tarantino asked me to work with him but there is no way I am going to do that while Matthew Vaughn is working in film.

The difference between the girls today and models of the past is that we are not only interested in fashion: we are going in so many different directions at once. We work harder -- at night and on weekends. [On the modeling profession].