"Clark Gable" was an American film actor, often referred to as "The King of Hollywood" or just simply as "The King". Gable began his career as a stage actor and appeared as an extra in silent films between 1924 and 1926, and progressed to supporting roles with a few films for Metro-Goldwyn-Mayer/MGM in 1931. The next year he landed his first leading Hollywood role and became a leading man in more than 60 motion pictures over the next three decades.

If you enjoy these quotes, be sure to check out other famous actors! More Clark Gable on Wikipedia.

I'm just a lucky slob from Ohio who happened to be in the right place at the right time.

Frankly my dear I don't give a damn. 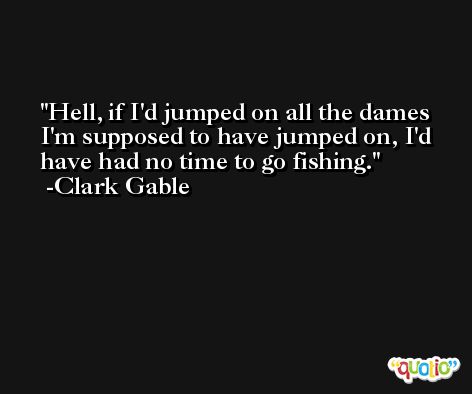 The only reason they come to see me is that I know that life is great / and they know I know it.

Everything Marilyn does is different from any other woman, strange and exciting, from the way she talks to the way she uses that magnificent torso. 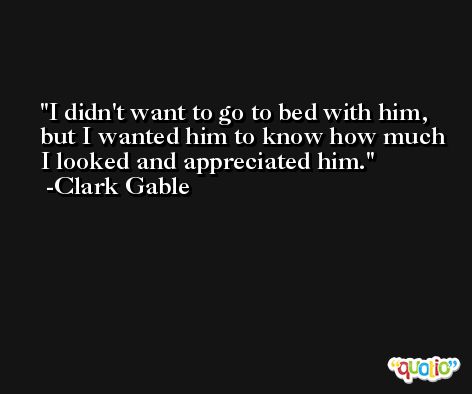