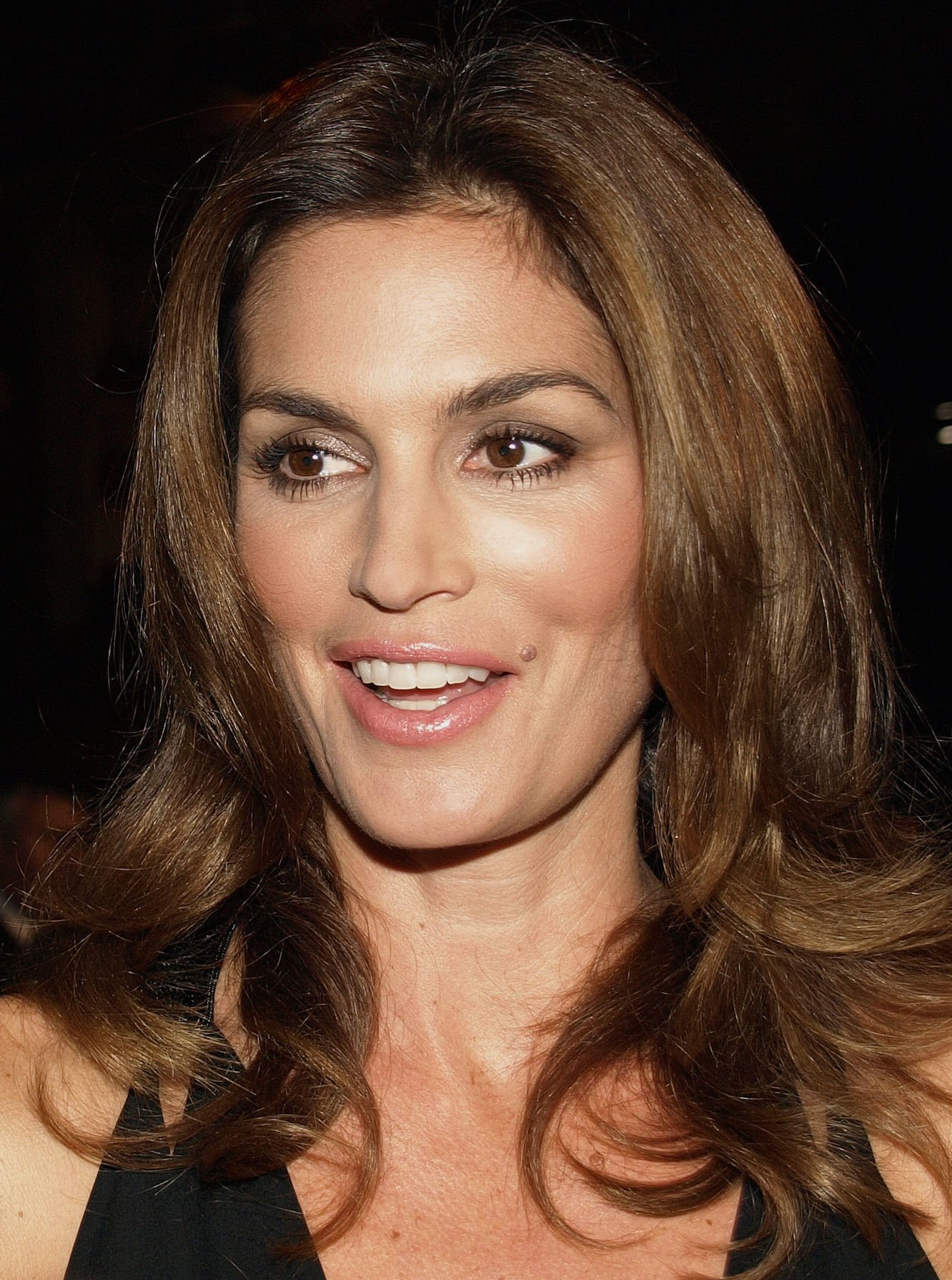 "Cynthia Ann "Cindy" Crawford" is an American model (person)/model. Her success at modeling made her an international celebrity that has led to roles in television and film, and to work as a spokesperson. In 1995, Forbes magazine named her the highest paid model on the planet. She was named No. 3 on VH1's 40 Hottest Hotties of the 90s and was named one of the "100 Hottest Women of All-Time" by Men's Health (magazine)/Men's Health. Crawford is known for her trademark Melanocytic nevus/mole just above her lip, and has adorned hundreds of magazine covers throughout her career.

If you enjoy these quotes, be sure to check out other famous models! More Cindy Crawford on Wikipedia.

You start out happy that you have no hips or boobs. All of a sudden you get them, and it feels sloppy. Then just when you start liking them, they start drooping.

The thing I like about my body is that it's strong. I can move furniture around my apartment. I can ride my horse... I can play basketball. It's a well functioning machine. 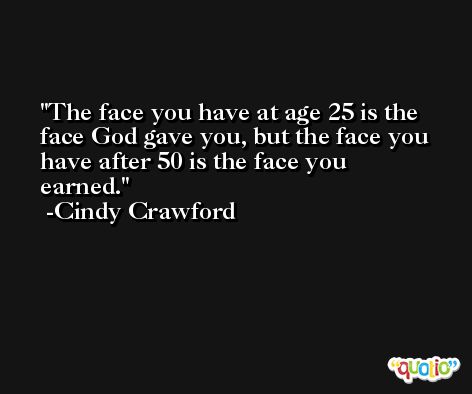 Our sex life has been ruined since the arrival of our first baby. We can't be so spontaneous because we don't want the nanny to hear us. We can't scream and yell like we used to.

It's a huge change for your body. You don't even want to look in the mirror after you've had a baby, because your stomach is just hanging there like a Shar-Pei. 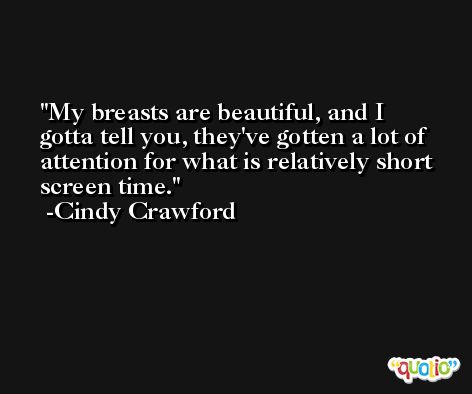 I don't think makeup is rocket science or a cure for cancer.

Richard doesn't really like me to kill bugs, but sometimes I can't help it.