Yeager's career began in World War II as a Private (rank)/private in the United States Army Air Forces. After serving as an aircraft mechanic, in September 1942 he entered Enlisted rank/enlisted pilot training and upon graduation was promoted to the rank of flight officer (the World War II USAAF equivalent to Warrant Officer (United States)/warrant officer) and became a North American P-51 Mustang/P-51 fighter pilot.

After the war, Yeager became a test pilot of many types of aircraft, including experimental rocket-powered aircraft. As the first human to break the sound barrier, on October 14, 1947, he flew the experimental Bell X-1 at Mach number/Mach 1 at an altitude of 45,000 ft (13,700 m). Although Albert Scott Crossfield/Scott Crossfield was the first to fly faster than Mach 2 in 1953, Yeager shortly thereafter set a new record of Mach 2.44.

If you enjoy these quotes, be sure to check out other famous aviators! More Chuck Yeager on Wikipedia.

I have flown in just about everything, with all kinds of pilots in all parts of the world - British, French, Pakistani, Iranian, Japanese, Chinese - and there wasn't a dime's worth of difference between any of them except for one unchanging, certain fact: the best, most skillful pilot has the most experience. 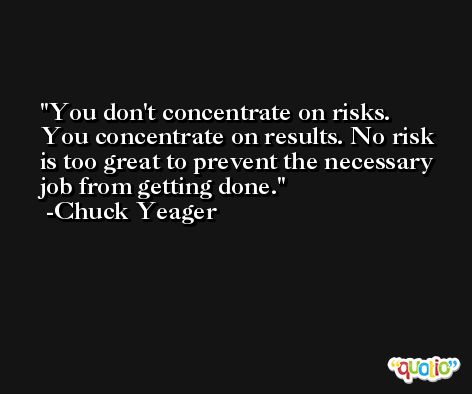 Most pilots learn, when they pin on their wings and go out and get in a fighter, especially, that one thing you don't do, you don't believe anything anybody tells you about an airplane.

If you want to grow old as a pilot, you've got to know when to push it, and when to back off. 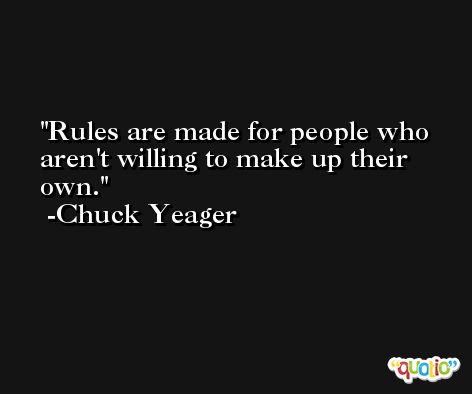 Unfortunately, many people do not consider fun an important item on their daily agenda. For me, that was always high priority in whatever I was doing.

I was always afraid of dying. Always. It was my fear that made me learn everything I could about my airplane and my emergency equipment, and kept me flying respectful of my machine and always alert in the cockpit. 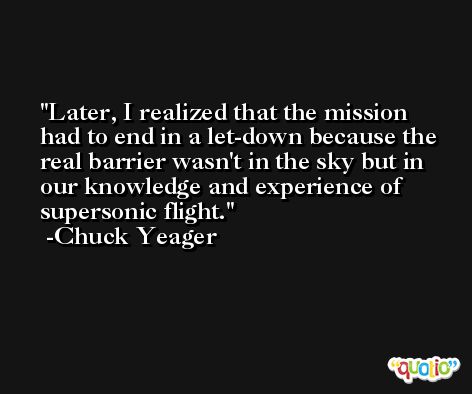