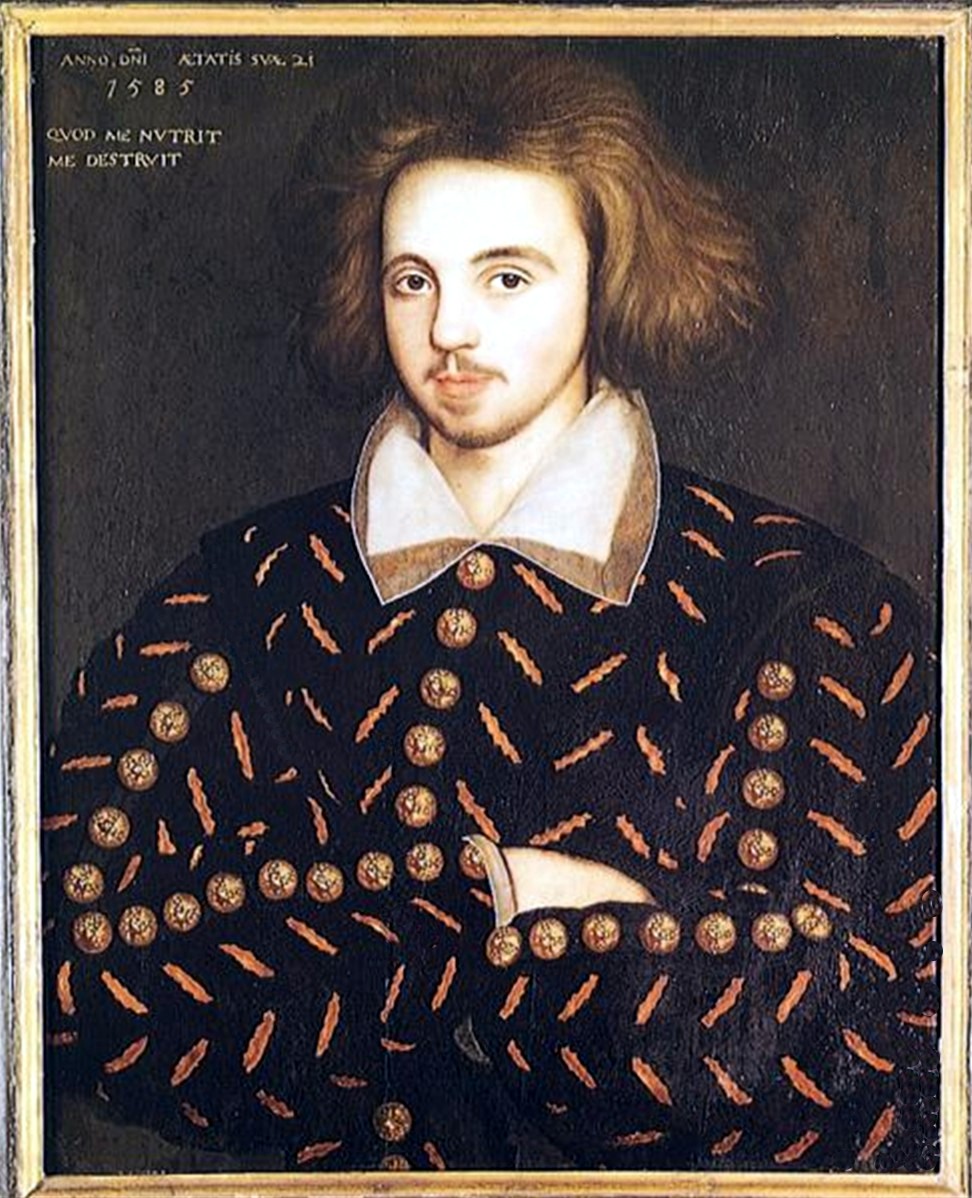 "Christopher Marlowe" was an English playwright, poet and Translation/translator of the Elizabethan era. Marlowe was the foremost English Renaissance theatre/Elizabethan tragedy/tragedian of his day. He greatly influenced William Shakespeare, who was born in the same year as Marlowe and who rose to become the pre-eminent Elizabethan playwright after Marlowe's mysterious early death. Marlowe's plays are known for the use of blank verse and their overreaching protagonists.

A warrant was issued for Marlowe's arrest on 18 May 1593. No reason was given for it, though it was thought to be connected to allegations of blasphemy—a manuscript believed to have been written by Marlowe was said to contain "vile heretical conceipts". On 20 May he was brought to the court to attend upon the Privy Council for questioning. There is no record of their having met that day, however, and he was commanded to attend upon them each day thereafter until "licensed to the contrary." Ten days later, he was stabbed to death by Ingram Frizer. Whether the stabbing was connected to his arrest has never been resolved.

If you enjoy these quotes, be sure to check out other famous dramatists! More Christopher Marlowe on Wikipedia.

When all the world dissolves, / And every creature shall be purified, / All place shall be hell that is not heaven.

Sweet Helen, make me immortal with a kiss! Her lips suck forth my soul: see, where it flies! Come Helen, come give me my soul again. Here will I dwell, for heaven be in these lips, And all is dross that is not Helena. 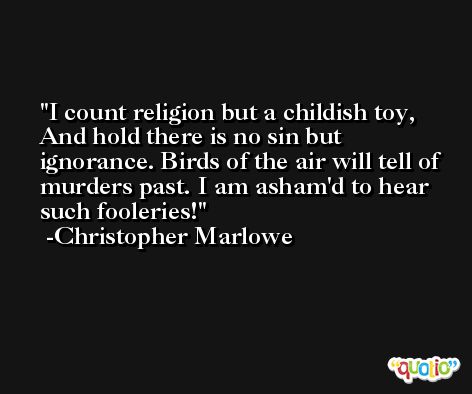 Come live with me and be my love, And we will all the pleasures prove, That valleys, groves, hills, and fields, Woods, or steepy mountain yields.

Why this is hell, nor am I out of it. Think'st thou that I, who saw the face of God and tasted the eternal joy of heaven, am not tormented with ten thousand hells in being deprived of everlasting bliss? 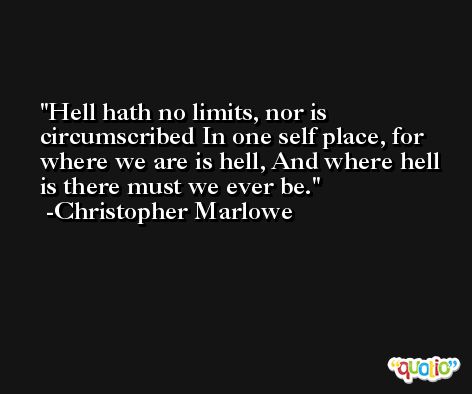 While money doesn't buy love, it puts you in a great bargaining position.

What feeds me destroys me. 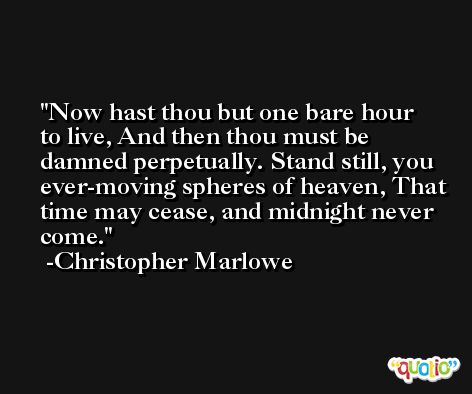 Oh, thou art fairer than the evening air Clad in the beauty of a thousand stars.

My men like satyrs grazing on the lawns, / Shall with their goat-feet dance an antic hay. 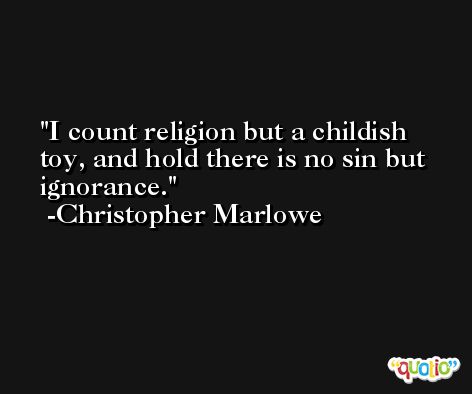 Who hateth me but for my happiness? Or who is honour'd now but for his wealth? Rather had I, a Jew, be hated thus, Than pitied in a Christian poverty; For I can see no fruits in all their faith, But malice, falsehood, and excessive pride, Which methinks fits not their profession.