"Christopher Love" was a Wales/Welsh Protestantism/Protestant preacher and advocate of Presbyterianism at the time of the English Civil War. In 1651 he was executed by the government, after it was discovered that he had been in correspondence with the exiled Stuart court. He went to his death as a hero and martyr of the Presbyterian faction which had petitioned in vain for his pardon.

If you enjoy these quotes, be sure to check out other famous educators! More Christopher Love on Wikipedia.

He hath desired to bring the souls of other men to heaven; let his soul be brought to heaven.

Mortifying the deeds of the body cannot be understood of the religious deeds of the body, for they are to be cherished, nor of the natural deeds of the body such as eating and drinking; but it refers to the sinful actions that are done by the body arising from the temptations and injections of Satan or the corrupt dictates of our own sinful heart. 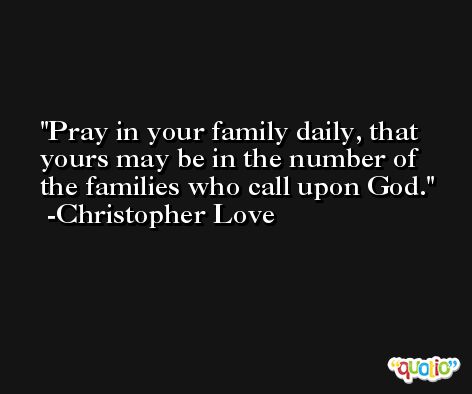 Let mortification be especially directed to strike at those sins that act your master sins-that at, most prevalent and predominant in your heart, that yet you have most prayed against and are least able to resist, that strongly assault you and most easily beset you and are masters over you.

I know you are a woman of sorrowful spirit, yet be comforted, though you sorrows be great for you husband going out of the world, yet your pains shall be the less in bringing your child into the world; you shall be a joyful mother, though you be a sad widow; God hath many mercies in store for you; the prayer of a dying husband for you, will not be lost. 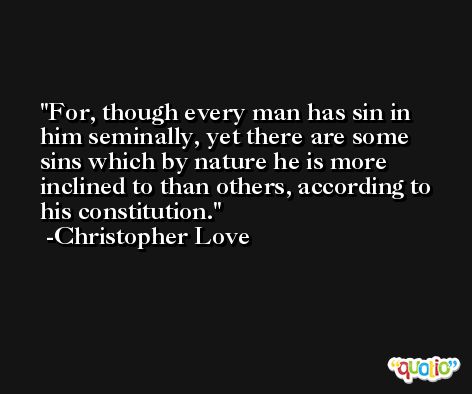 Pour not on the comforts you want, but upon the mercies you have. Look rather at God's ending in afflicting, than to the measure and degree of your affliction. 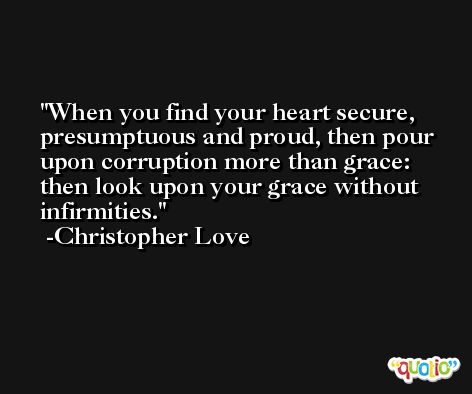