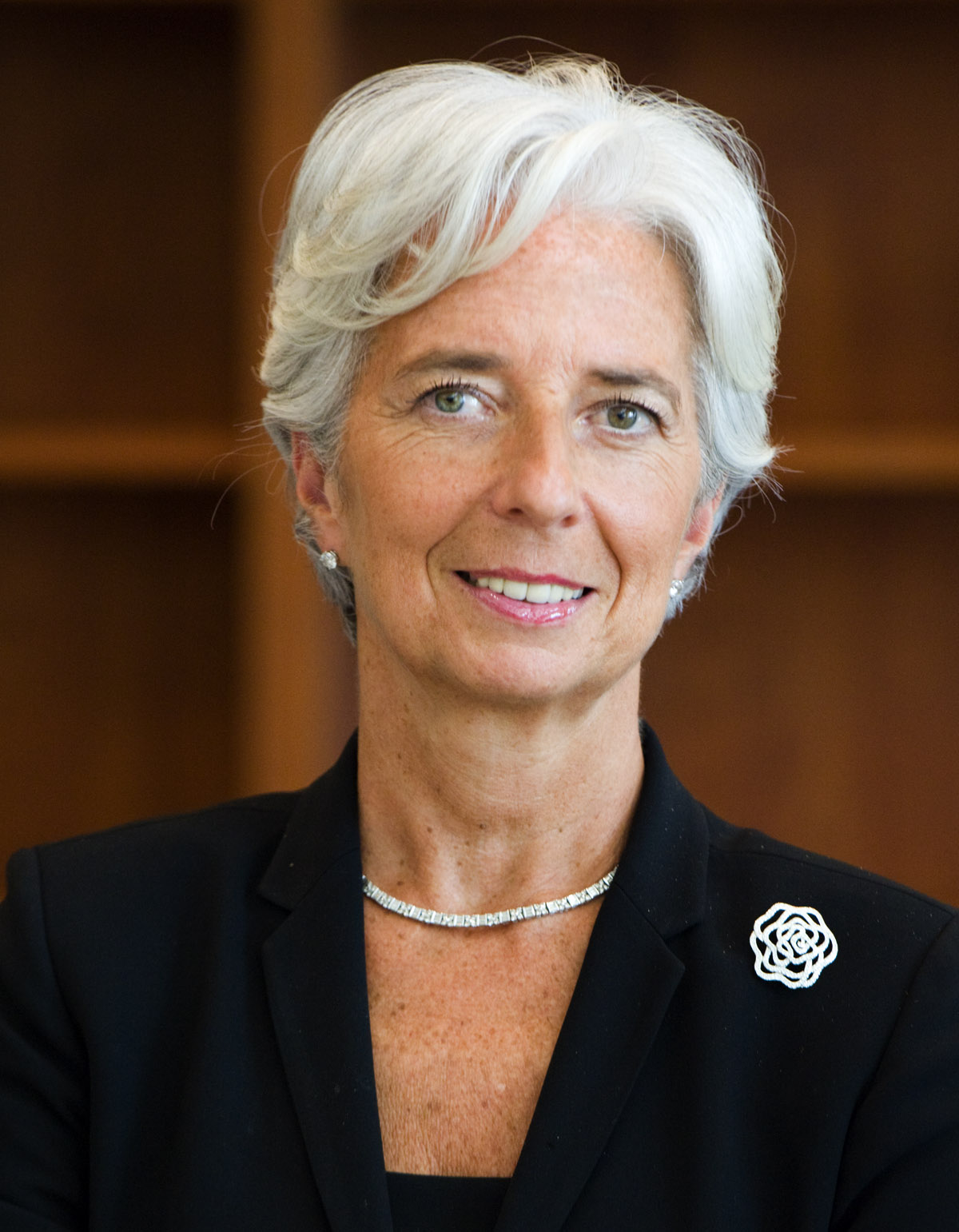 "Christine Madeleine Odette Lagarde" is a French people/French lawyer and Union for a Popular Movement politician who has been the Chief executive officer/Managing Director (MD) of the International Monetary Fund (IMF) since 5 July 2011. Previously, she held various ministerial posts in the French government: she was Minister of Finance (France)/Minister of Economic Affairs, Finance and Employment and before that Minister of Agriculture (France)/Minister of Agriculture and Fishing and Minister of Trade in the government of Dominique de Villepin. Lagarde was the first woman to become finance minister of a G8 economy, and is the first woman to head the IMF.

On 16 November 2009, the Financial Times ranked her the best Minister of Finance in the Eurozone.

On 28 June 2011, she was named as the next MD of the IMF for a five-year term, starting on 5 July 2011, replacing Dominique Strauss-Kahn. Her appointment is the 11th consecutive appointment of a European to head the IMF. In 2014, Lagarde was ranked the 5th most powerful woman in the world by Forbes (magazine)/Forbes magazine.

We need to remind the commissioner of the red line of his mandate.

These are negotiations tricks. 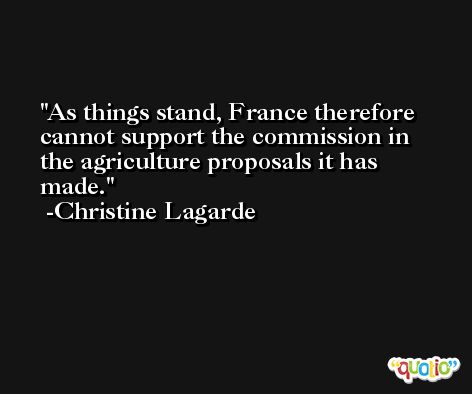 We still have to obtain clarification on its interpretation. 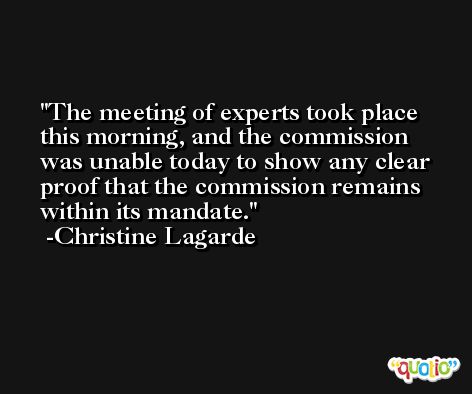 This accord shows the Europeans and the Chinese authorities know how to be pragmatic to solve the blockages which would have caused financial difficulties for French firms this year.

Frankly, I think Europe should have no shame given the efforts that have been undertaken, given the reform of the Common Agricultural Policy that was undertaken in 2003 and given the opening of Europe in general. 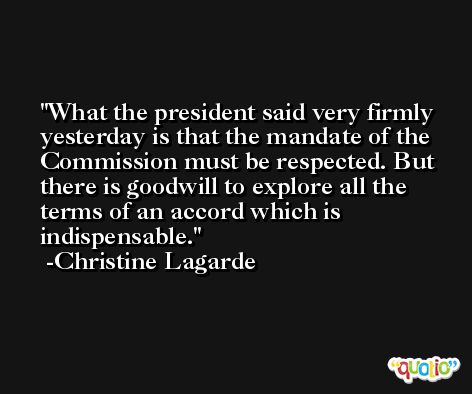