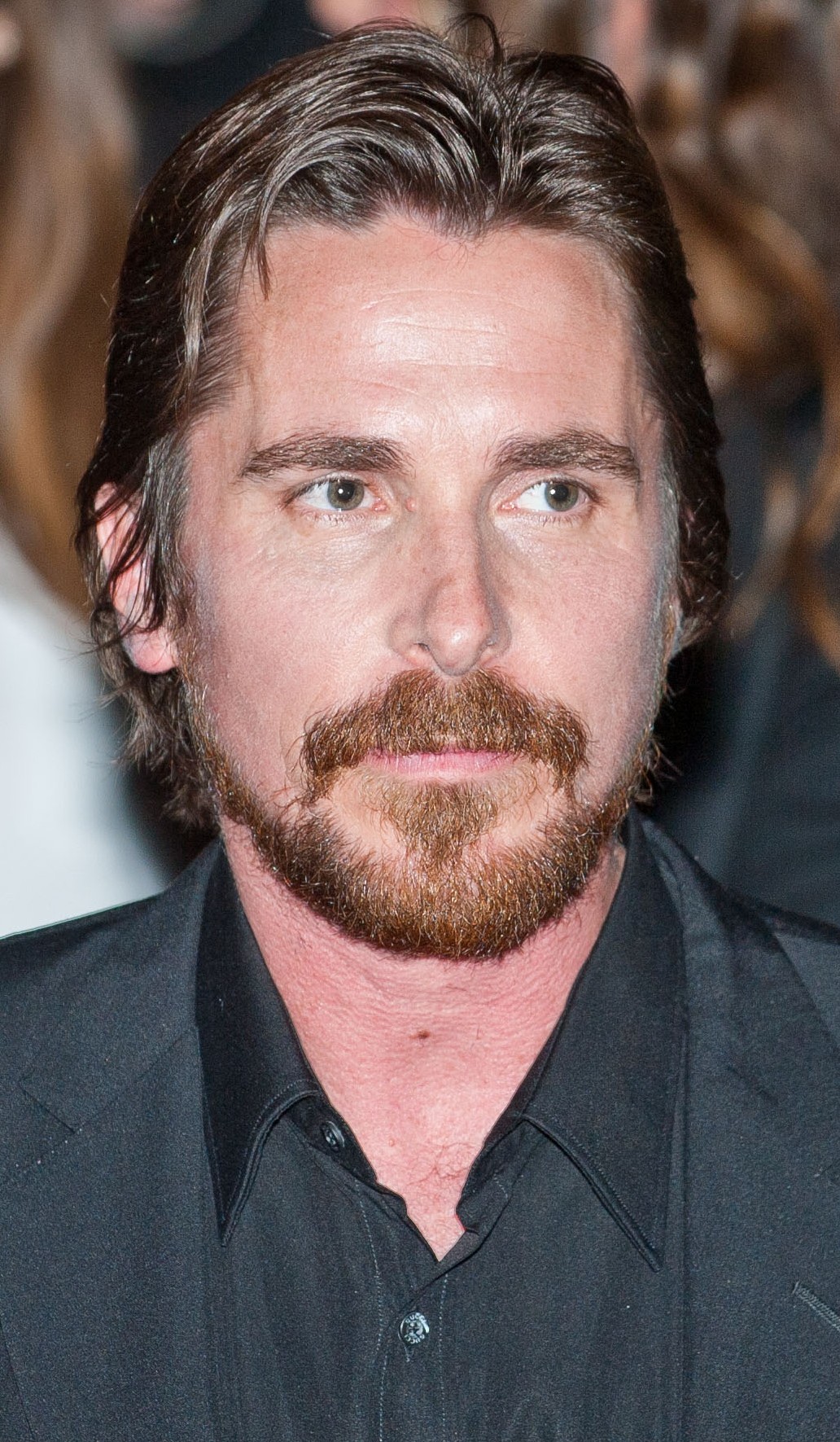 "Christian Charles Philip Bale" is an English actor. He has starred in both Blockbuster (entertainment)/blockbuster films and smaller projects from independent film/independent producers and art film/art houses.

Bale first caught the public eye at the age of 13, when he was cast in the starring role of Steven Spielberg's Empire of the Sun (film)/Empire of the Sun (1987). Based on the original story by J. G. Ballard, Bale played an English boy who is separated from his parents and subsequently finds himself lost in a List of concentration and internment camps#Japanese WWII Camps in Asia/Japanese internment camp during World War II. In 2000, he garnered critical acclaim for his portrayal of serial killer Patrick Bateman in American Psycho (film)/American Psycho (2000). He is known for going to great lengths to portray characters in film, notably for the psychological thriller The Machinist (2004), where he lost 63 pounds (28,5 kg) to play the role of Trevor Reznik.

If you enjoy these quotes, be sure to check out other famous actors! More Christian Bale on Wikipedia.

My method can be nothing, or the most intense, bizarre preparations you've ever seen.

He's not your classical sexy type but he is Batman and you can never underestimate the powers of a superhero! 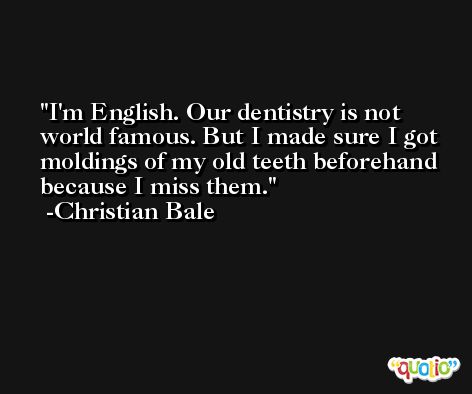 What I love about my wife is that she's a really strong-minded, stubborn, fiery woman. I find that sexier than anything else.

I only sound intelligent when there's a good script writer around. 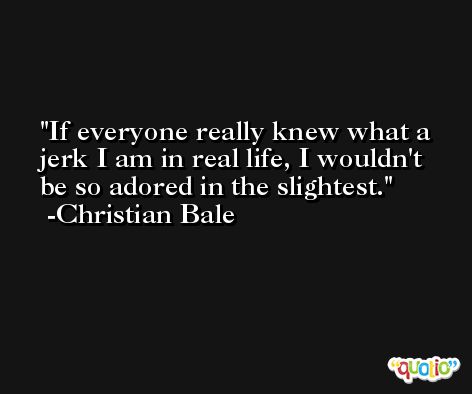 I don't think I'm like any of the characters I've played - they're all really far from who I am.

An actor should never be larger than the film he's in. 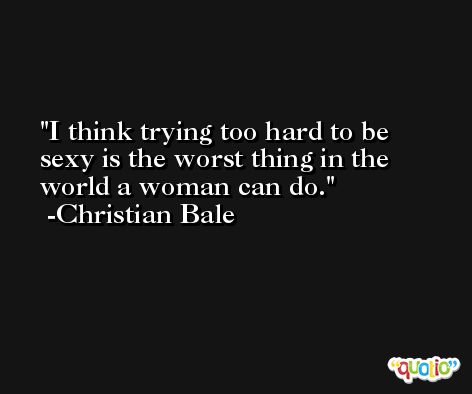