"Chris Welch" is a music journalist, reviewer and critic with Melody Maker, famous during the 1960s and 1970s for reporting on the rise of such bands as Led Zeppelin, The Rolling Stones, Pink Floyd, Jimi Hendrix, Traffic (band)/Traffic, If (band)/If, Cream (band)/Cream, Jeff Beck and Jethro Tull (band)/Jethro Tull. During that time he also reported on the UK jazz scene.

We had a little trouble with the blitzing backers at the start, but once we figured that out we ran the ball real well.

I really do hate to see him go. He's very nice to talk to, very available to students. He's good at what he does and has been a good administrator. 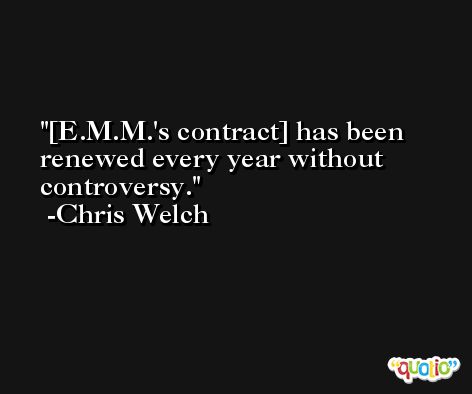 I didn't go through a lot of the files to begin with, but after he came I started going through the files.

The charges should never have been brought. When you look at the files, you see everything was documented. It was all there, in case after case. 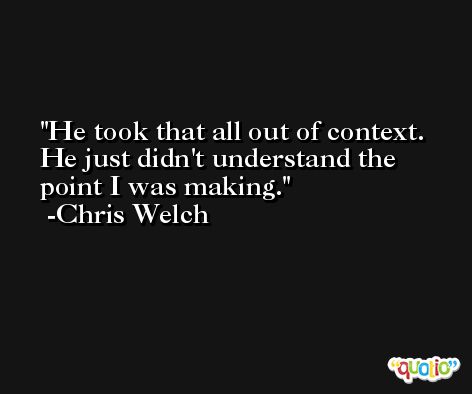