Page originally worked for NXFM announcer and then moved to SAFM. On 6 December 2009 Page moved to Sydney's 2DayFM, following the top rated Kyle and Jackie O breakfast program. Page has filled in for the duo.

Page hosted the national chart show Hot30 Countdown across the Austereo Network. He and co-host Charli Delaney debuted on 15 March 2010 after successfully filling in for the regular hosts as well as a temporary nighttime show on both the FOX and 2dayFM from August to November 2009. This led them to host a new Saturday night program entitled Party People, which began broadcasting in December 2009 and was heard nationally.

It's very unique. When you have someone who's lucky to get a minute in a game come up and tell you how you can be better when he's two years older than you, it's such a selfless act. Everyone is willing to tell you how to get better.

We're beside ourselves. We need leads. 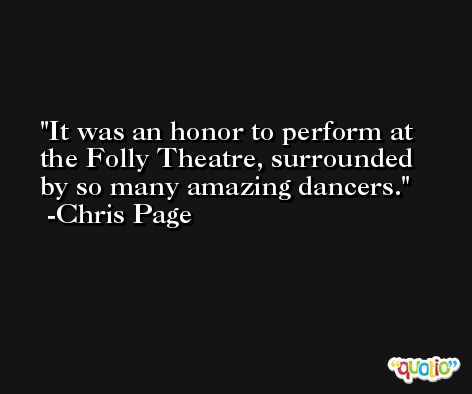