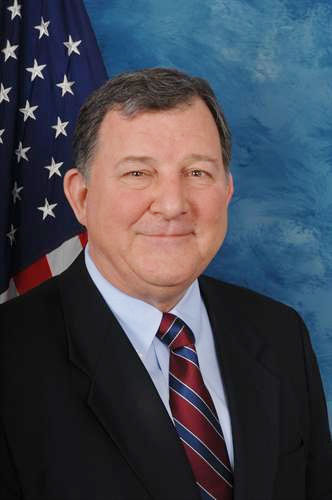 "Christopher Black "Chris" Cannon" was a member of the United States House of Representatives, for the Republican Party (United States)/Republican Party, representing the Utah's 3rd congressional district/third district of Utah from 1997 - 2009.

He was born in Salt Lake City, Utah and attended Brigham Young University (BYU) as well as J. Reuben Clark Law School of BYU. From 1980 until 1996 he was a lawyer, business owner, and venture capitalist, from which he became a millionaire. Other jobs include time as a solicitor for the Department of the Interior/United States Department of the Interior from 1983 to 1986, and time as Utah Republican Party finance chairman from 1992 until 1994. On June 24, 2008, he was defeated in the 2008 Republican Party (United States)/Republican Party Utah's 3rd congressional district/third district primary by Jason Chaffetz, former chief of staff to then-Utah Governor Jon Huntsman, Jr.[http://www.ksl.com/?nid=148&sid=3612942 ksl.com - Chaffetz defeats Cannon in Republican primary]

If you enjoy these quotes, be sure to check out other famous politicians! More Chris Cannon on Wikipedia.

He said, 'There are some things that we're really hard on, some that we care about and some that are granular — details,' . 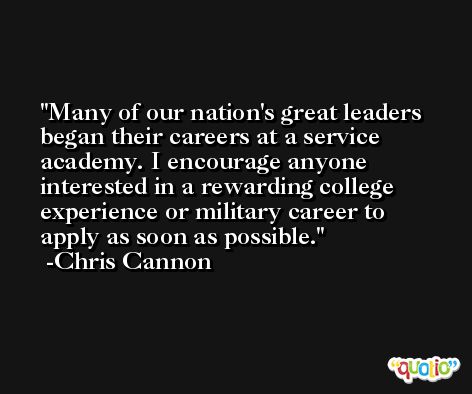 We are so excited to formally announce to the neighborhood, that the committee was successful in raising the needed $60,000 to keep the branches open for another year.

The Internet has exceeded our collective expectations as a revolutionary spring of information, news, and ideas. It is essential that we keep that spring flowing. We must not thwart the Internet's availability by taxing access to it. 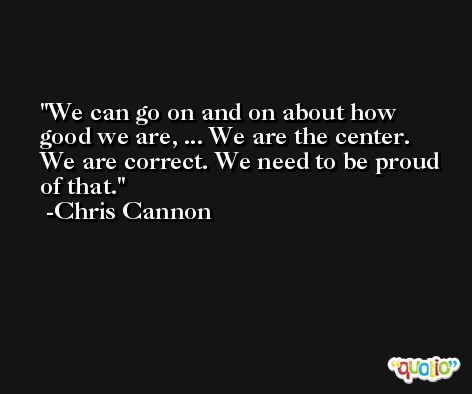 It doesn't make sense to be rethinking or accusing people of mistakes yet. . . . This is political, partisan gamesmanship when lives are at stake.

Our nation's immigration policy has been of top concern in recent years, and for good reason. With between eight and twelve million illegal aliens in the United States, it is obviously a problem out of control. 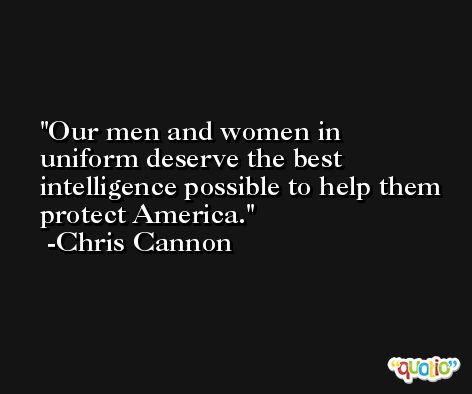