"Charlton Keith" is a former American football linebacker. He was signed by the Cleveland Browns as an undrafted free agent in 2006. He played college football at Kansas Jayhawks football/Kansas.

The Browns stuck their hand in the cookie jar when Mom wasn't looking, and they pulled out a really good cookie.

When the ball touches the ground on an incompletion or anything, coach wants us to pick it up and start running with it. He is just trying to put it into our minds that whenever it touches the ground, we've got to get it. 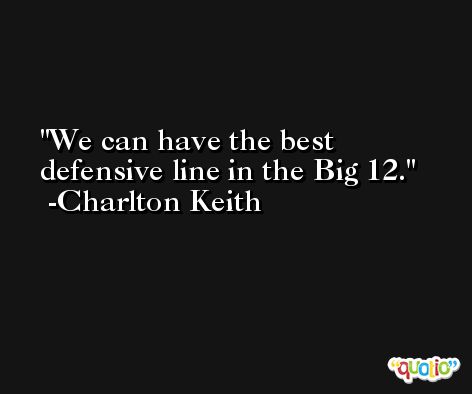