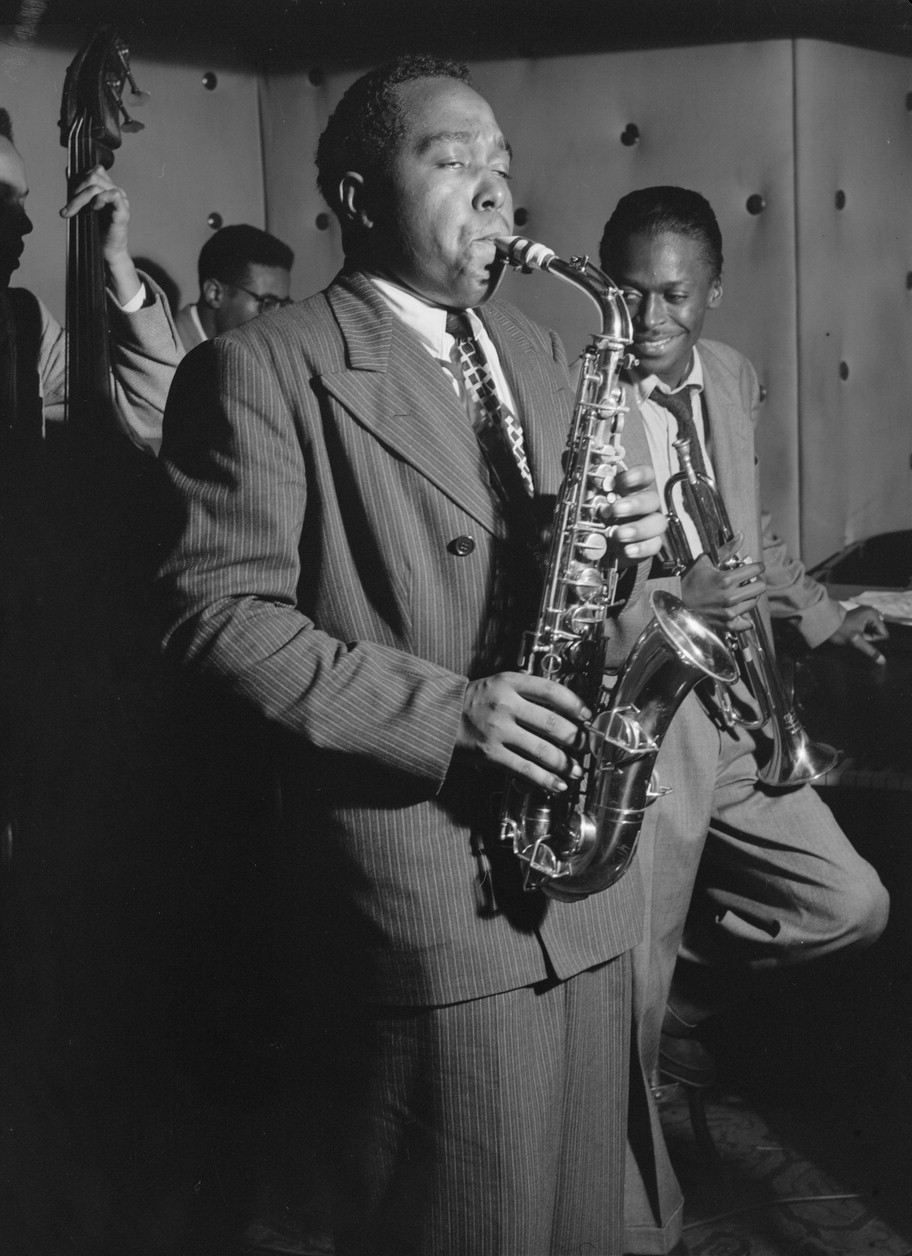 "Charles Parker, Jr.", also known as "Yardbird" and "Bird", was an American jazz saxophonist and composer.

Parker was a highly influential jazz soloist and a leading figure in the development of bebop, a form of jazz characterized by fast tempos, virtuosic technique and improvisation. Parker introduced revolutionary harmonic ideas including rapid passing chords, new variants of altered chords, and chord substitutions. His tone ranged from clean and penetrating to sweet and somber. Many Parker recordings inserted his virtuoso playing style and complex melodic lines, sometimes combining jazz with other musical genres, including blues, Latin music/Latin

Parker acquired the nickname "Yardbird" early in his career; this and its shortened form, "Bird", which continued to be used for the rest of his life, inspired the titles of a number of Parker compositions, such as "Yardbird Suite", "Ornithology (composition)/Ornithology", "Bird Gets the Worm", and "Bird of Paradise". Parker was an icon for the hipster (1940s subculture)/hipster subculture and later the Beat Generation, personifying the jazz musician as an uncompromising artist and intellectual rather than just an entertainer.

If you enjoy these quotes, be sure to check out other famous musicians! More Charlie Parker on Wikipedia.

Any musician who says he is playing better either on tea, the needle, or when he is juiced, is a plain straight liar . . . You can miss the most important years of your life, the years of possible creation. 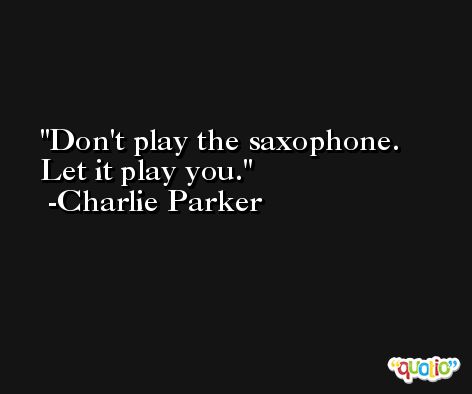 We want to have the place jumping, ... Traditional British people have to start re-examining themselves and their culture in terms of addressing the new age.

I realized by using the high notes of the chords as a melodic line, and by the right harmonic progression, I could play what I heard inside me. That's when I was born. 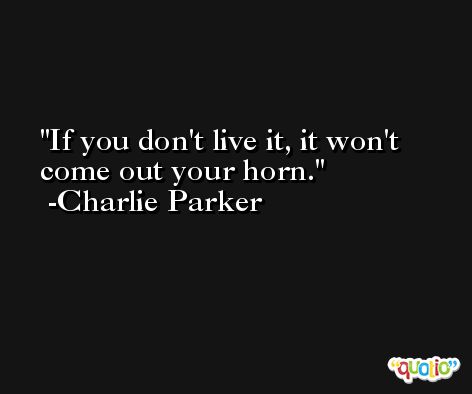 That's what we all wanted.