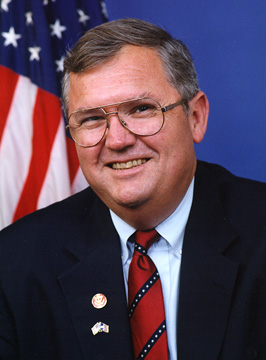 "Charles Whitlow Norwood, Jr., Doctor of Dental Surgery/D.D.S." was an Politics of the United States/American politician and Dentistry/dentist, serving as a Republican Party (United States)/Republican member of the United States House of Representatives from 1995 until his death. At the time of his death, Norwood was the Representative of the Georgia's 10th congressional district/10th District of Georgia (U.S. state)/Georgia.[http://www.govtrack.us/congress/findyourreps.xpd?state=GA&district=10 GovTrack: Georgia's 10th Congressional District Map]

If you enjoy these quotes, be sure to check out other famous politicians! More Charlie Norwood on Wikipedia.

When they hear from you, it counts. That's how we're going to win.

We have five chairmen on our bill from the Republican conference, and that's very important. We're where we been trying to get to for three years, and that is to say to the leadership: "Listen, let's discuss this and let's come out with a bill this year that protects patients in reference to managed care." That's right where we are. 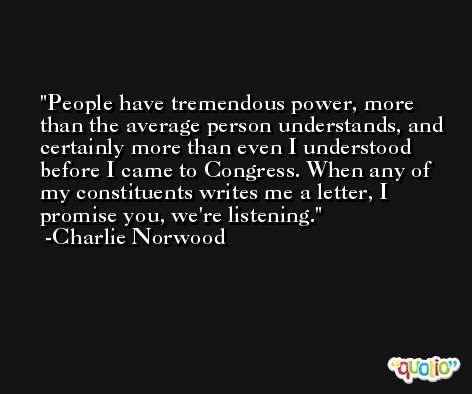 Speaker Newt Gingrich has appointed a task force, which I'm on, and over the next couple months the task force is going to try to come up with legislation that does what we're all trying to do. I feel pretty good about the members that are on the task force.

What we're really trying to do is level out the health care system. It has gotten so one-sided as more and more people have been put into managed care; in fact, about 70 percent of the patients in the country. 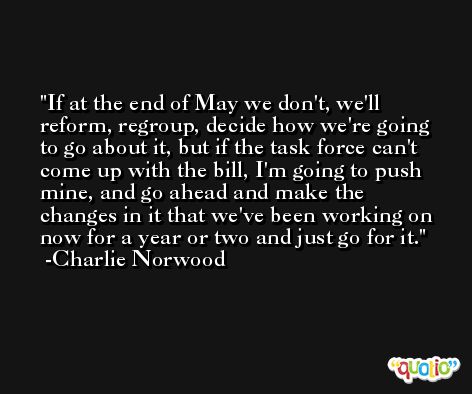 You've had some terrific print information that gets everybody's attention in this town.

Average Americans are going to win this, not me. And not just your organization, not just the providers of health care, but the American people are going to cause this to happen. But they have to keep sending those cards and letters. 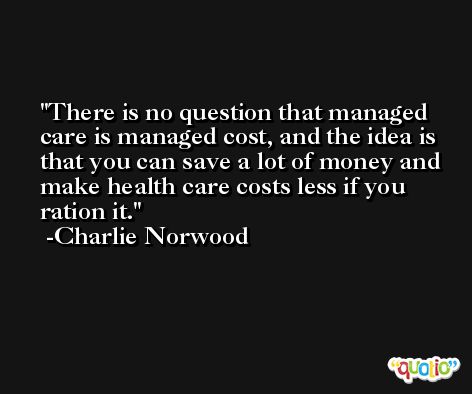