"Charlie Hickey" is an American college baseball coach. He has been the head coach of Central Connecticut Blue Devils baseball/Central Connecticut since the 2000 season, leading the Blue Devils to four NCAA Division I Baseball Championship/NCAA Tournaments. Previously, he was the head coach at Providence Friars baseball/Providence for three season (1997–1999). Providence announced it was cutting the program prior to the 1999 season, but the team won that year's Big East title and advanced to an NCAA Regional final.

We have to limit those bad innings from six runs down to, say, two. It?s not every day that we?re going to put 13 runs on the board, and those bad innings will come back and hurt us if we don?t identify those mistakes better.

He?s been a quality kid and obviously he gets the chance to come home, which I think helped him a little bit and was probably fun for him. We had him in a spot where we were down 2-1 and we hit a fly ball that was a poor approach on our part, instead of hitting the ball up the middle or the other way like we preach. 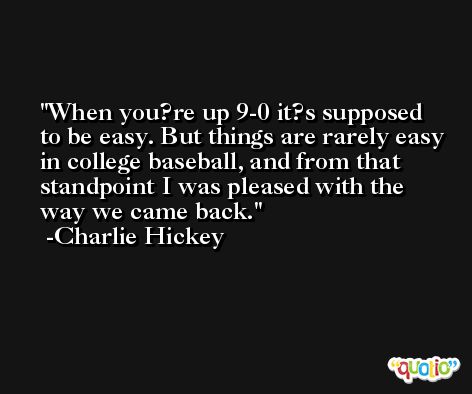 We?re fighting it a little bit right now. You have to play through it like this sometimes during the season.

It?s a day you have to file away and move on. Getting a ?W? and getting out of it was important for us. 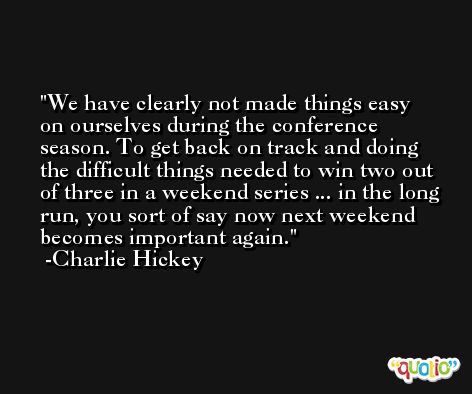 In these conditions, the job Gianini did was pretty special.

Sometimes we need a fly ball into the wind to give us a break. We were fortunate to win that game. 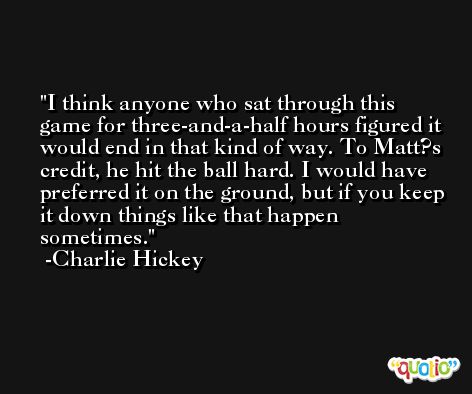