"Charles Humphrey Keating, Jr." was an American sportsperson/athlete, lawyer, real estate developer, banker, financier, and activist best known for his role in the savings and loan scandal of the late 1980s.

Keating was a champion swimmer for the University of Cincinnati in the 1940s. From the late 1950s through the 1970s, he was a noted anti-pornography activist, founding the organization Citizens for Decent Literature and serving as a member on the 1969 President's Commission on Obscenity and Pornography. In the 1980s, he ran American Continental Corporation and the Lincoln Savings and Loan Association, and took advantage of loosened restrictions on banking investments. His enterprises began to suffer financial problems and were investigated by federal regulators. His financial contributions to, and requests for regulatory intervention from five sitting U.S. senators led to those legislators being dubbed "the Keating Five".

If you enjoy these quotes, be sure to check out other famous lawyers! More Charles Keating on Wikipedia.

Computers rather frighten me, because I never did learn to type, so the whole thing seems extraordinarily complicated to me.

In film and television we are oftentimes so pampered that the truths are withheld. 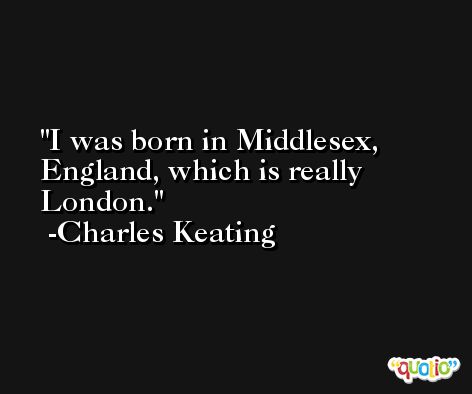 I have two delightful sons, who I love dearly.

You know, working as an actor, I'm always working within my own imagination. 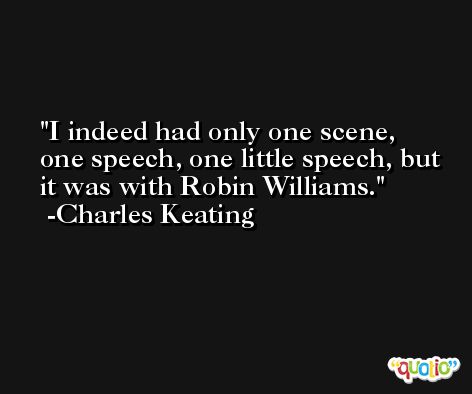 Well I was out in the garden moving rocks on the day of the Emmys. I was just playing in the dirt. 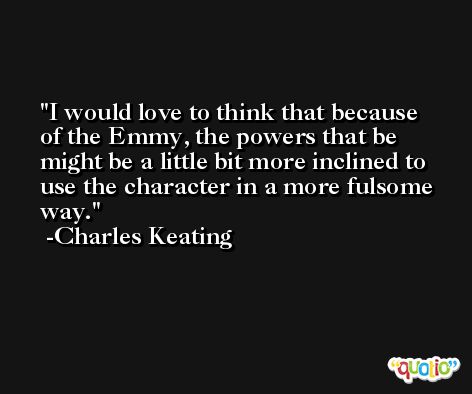