"Charles Buxton" was an England/English brewing/brewer, philanthropist, writer and member of Parliament.

If you enjoy these quotes, be sure to check out other famous public servants! More Charles Buxton on Wikipedia.

Silence is sometimes the severest criticism.

Bad temper is its own scourge. Few things are more bitter than to feel bitter. A man's venom poisons himself more than his victim. 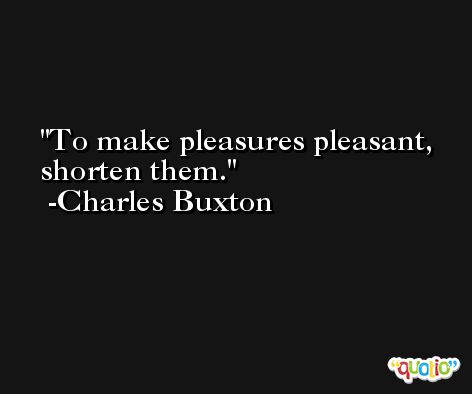 You will never find time for anything. If you want time you must make it.

Self-laudation abounds among the unpolished, but nothing can stamp a man more sharply as ill-bred. 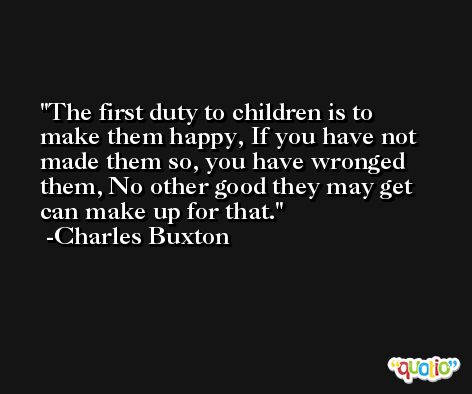 Experience shows that success is due less to ability that to zeal. The winner is he who gives himself to his work, body and soul.

If we do what is necessary, all the odds are in our favor. 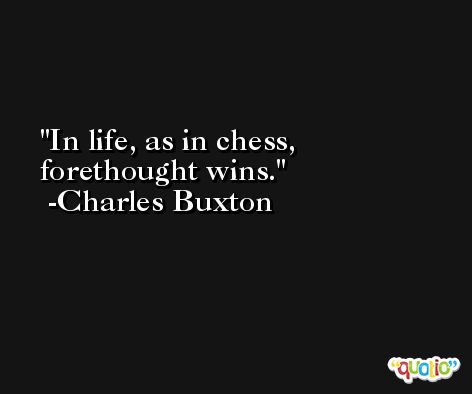 The rule in carving holds good as to criticism; never cut with a knife what you can cut with a spoon.

Success soon palls. The joyous time is when the breeze first strikes your sails, and the waters rustle under your bows.