His most famous work, Les Fleurs du mal (The Flowers of Evil), expresses the changing nature of beauty in modern, industrializing Paris during the 19th century. Baudelaire's highly original style of prose-poetry influenced a whole generation of poets including Paul Verlaine, Arthur Rimbaud and Stéphane Mallarmé among many others. He is credited with coining the term "modernity" (modernité) to designate the fleeting, ephemeral experience of life in an urban metropolis, and the responsibility art has to capture that experience.

If you enjoy these quotes, be sure to check out other famous poets! More Charles Baudelaire on Wikipedia.

It is the hour to be drunken! to escape being the martyred slaves of time, be ceaselessly drunk. On wine, on poetry, or on virtue, as you wish.

There exist only three beings worthy of respect: the priest, the soldier, the poet. To know, to kill, to create. 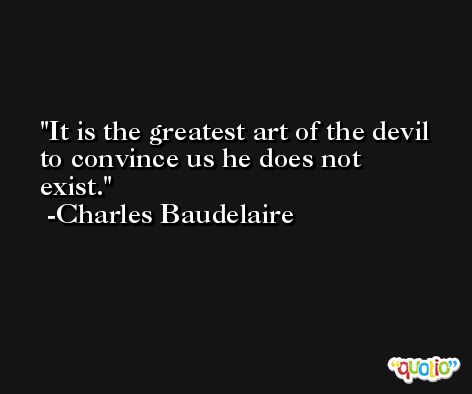 I am unable to understand how a man of honor could take a newspaper in his hands without a shudder of disgust.

Always be a poet, even in prose. 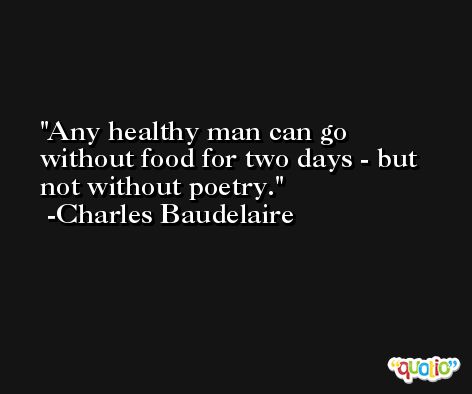 A breath of wind from the wings of madness.

It is by universal misunderstanding that all agree. For if, by ill luck, people understood each other, they would never agree. 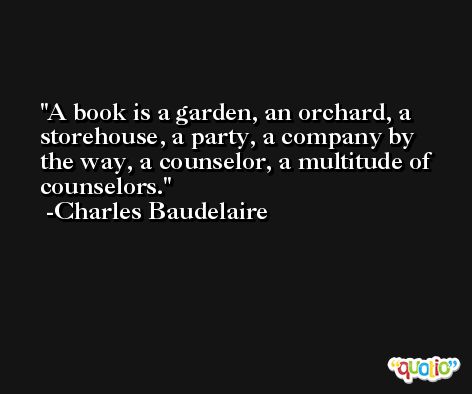 Nearly all our originality comes from the stamp that time impresses upon our sensibility. 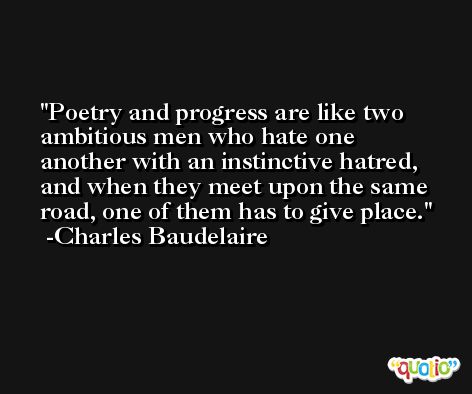 I consider it useless and tedious to represent what exists, because nothing that exists satisfies me. Nature is ugly, and I prefer the monsters of my fancy to what is positively trivial.

It is necessary to work, if not from inclination, at least from despair. Everything considered, work is less boring than amusing oneself. 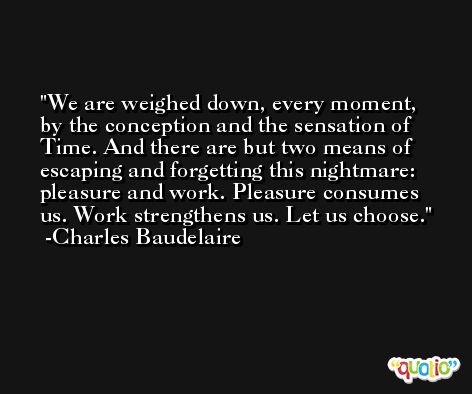 The world only goes round by misunderstanding.

Genius is no more than childhood recaptured at will, childhood equipped now with man's physical means to express itself, and with the analytical mind that enables it to bring order into the sum of experience, involuntarily amassed.