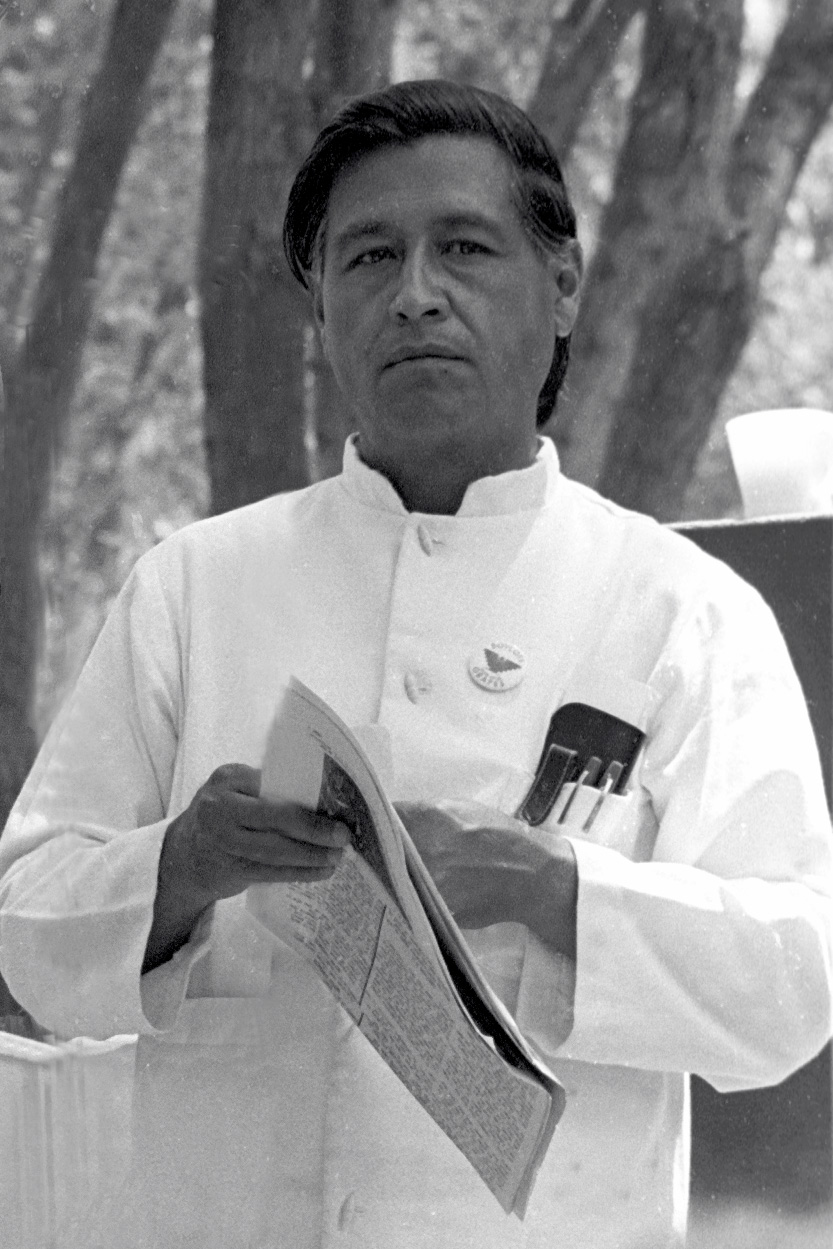 A Mexican American, Chavez became the best known Latino American civil rights activist, and was strongly promoted by the Labor history of the United States/American labor movement, which was eager to enroll Hispanic members. His public-relations approach to unionism and aggressive but Nonviolent resistance/nonviolent tactics made the farm workers' struggle a moral cause with nationwide support. By the late 1970s, his tactics had forced growers to recognize the UFW as the bargaining agent for 50,000 field workers in California and Florida. However, by the mid-1980s membership in the UFW had dwindled to around 15,000.

There is no such thing as defeat in non-violence. 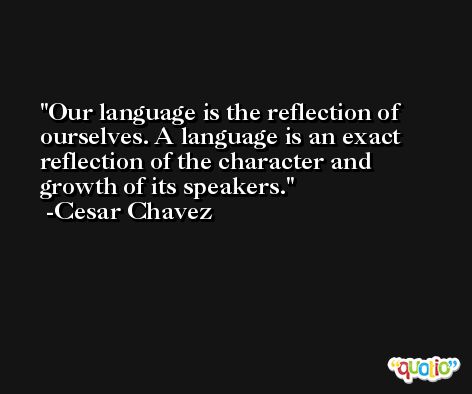 The fight is never about grapes or lettuce. It is always about people.

Who gets the risks? The risks are given to the consumer, the unsuspecting consumer and the poor work force. And who gets the benefits? The benefits are only for the corporations, for the money makers. 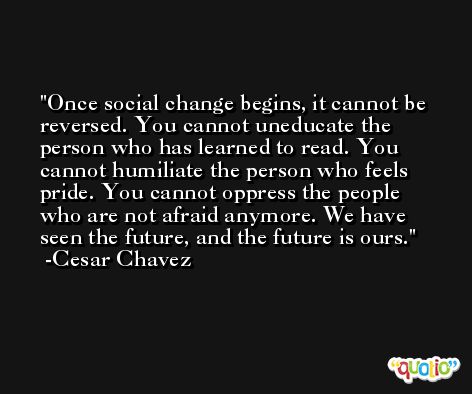 You are never strong enough that you don't need help.

In some cases non-violence requires more militancy than violence. 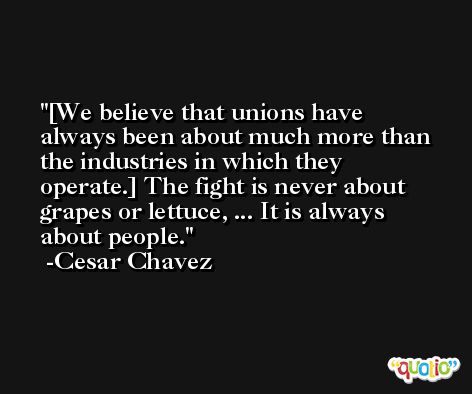