"Cathie L. Adams" is a Conservative (politics)/conservative political Activism/activist from Dallas, Texas/Dallas, Texas, who is the former chairman of the Republican Party of Texas. She won the post in a special meeting of the Republican State Executive Committee held on October 24, 2009, at party headquarters in Austin, Texas/Austin. She was unseated in the state convention held in Dallas on June 12, 2010, by Steve Munisteri, a retired attorney at law (United States)/attorney and businessman from Houston, Texas/Houston.

Adams (full name missing) has been married since 1970 to Homer Charles Adams (born ca. 1948), a Dallas chiropractor. They have one son and five grandchildren. The couple attends Stonebriar Community Church in Frisco, Texas/Frisco in the Dallas–Fort Worth Metroplex, under senior pastor Chuck Swindoll.

Of the 181 elected Texas legislators serving during the 79th Legislative Session and special called sessions in Austin, only 11 legislators were commended for their conservative voting record. We appreciate those legislators who made Texas families their priority. 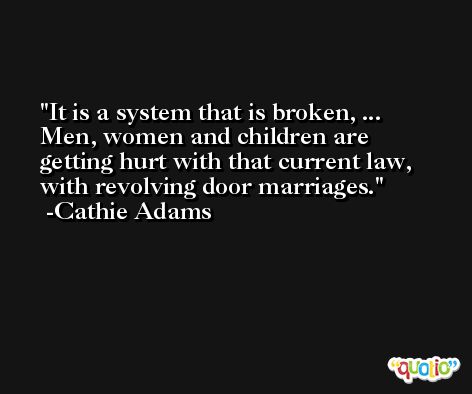 I am very pleased that Governor Perry and his Commissioner of Education firmly believe that more education dollars should be spent in the classroom, ... It is a travesty that hundreds of thousands of dollars were previously spent on nonacademic expenses such as lobbyists and seminars, rather than in our children's classrooms.

For goodness' sake, why elevate AIDS over cancer? She shouldn't have filled out that questionnaire at all, ... President Bush is asking us to have faith in things unseen. We only have that kind of faith in God.