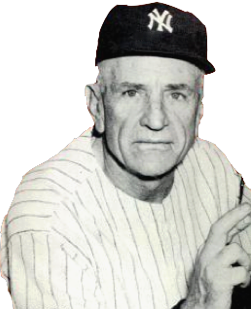 "Charles Dillon "Casey" Stengel" (; July 30, 1890 – September 29, 1975), nicknamed ""The Old Perfessor"", was an American Major League Baseball outfielder and manager (baseball)/manager. He was elected to the Baseball Hall of Fame in .

If you enjoy these quotes, be sure to check out other famous athletes! More Casey Stengel on Wikipedia.

When you are younger you get blamed for crimes you never committed and when you're older you begin to get credit for virtues you never possessed. It evens itself out. 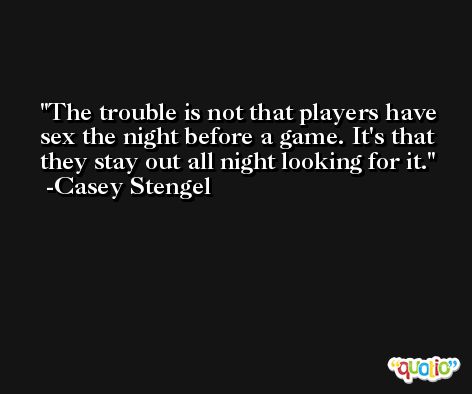 Finding good players is easy. Getting them to play as a team is another story.

There are three things you can do in a baseball game. You can win, or you can lose, or it can rain. 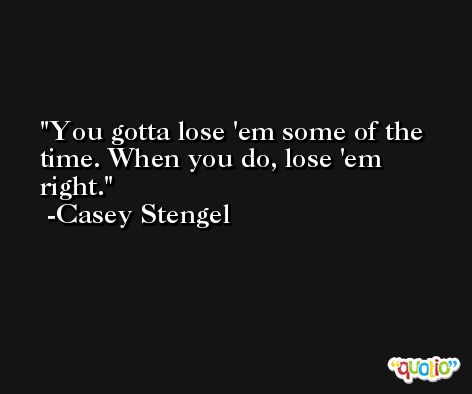 The trick is growing up without growing old.

There comes a time in every man's life and I've had many of them. 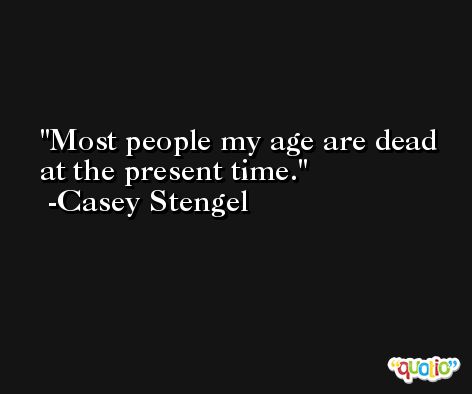 Without losers, where would the winners be?

The key to being a good manager is keeping the people who hate me away from those who are still undecided. 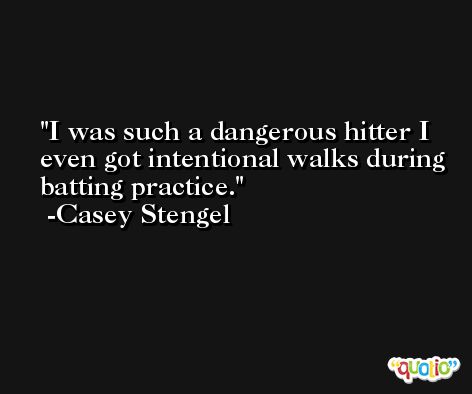 I was not successful as a ballplayer, as it was a game of skill.

I always heard it couldn't be done, but sometimes it don't always work.