"Carroll Dawson" is a retired American assistant coach and general manager in the National Basketball Association. He worked for the Houston Rockets franchise for twenty-seven years until announcing his retirement in 2007.

A native of Alba, Texas, Dawson played collegiate basketball at Paris Junior College, where he attained the nickname, "Big Orange" and Baylor University during the late 1950s and early 1960s. In 1960, the 6'5" center earned All-Southwest Conference honors after averaging 16.4 points per game for the Baylor Bears men's basketball/Baylor Bears. After his college career, he was drafted into the United States Army/Army, stationed in Fort Knox as a tank commander. From 1973 to 1977, he served as Baylor's men's basketball head coach. He then worked as a scout for the NFL's Dallas Cowboys and as a salesman for Converse (shoe company)/Converse shoes before becoming an assistant coach for the Houston Rockets in 1979.

In 1989, Dawson was struck by lightning during a golf outing, and over the next few years his vision became progressively worse. Unable to continue his coaching duties, Dawson moved to the Rockets' front office, becoming general manager in 1996. Among his most notable accomplishments were his selection of Yao Ming in the 2002 NBA Draft and his seven-player trade to acquire NBA scoring champ Tracy McGrady in 2004.

He's a perfect fit. He's going to stretch the court for us. He has speed and over the top scoring ability. There are a lot of things that you can talk about a long time with him concerning his ability, talent and athleticism.

It's great to have Ryan back with the Rockets. Ryan is one of those high-energy players that all coaches like to have on their roster. 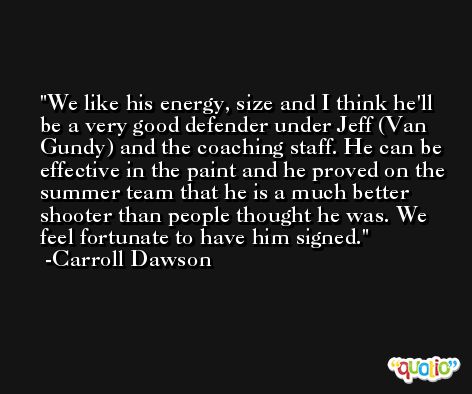 He can play the one, two or three, and we've talked about the four or five, ... You can find a bunch (of playing time) for a guy who can play like that. He can even rebound. If you're going up against a Josh Howard in the playoffs, you need somebody that's 6-5. He's a perfect fit for us.

He played very well for us this summer. 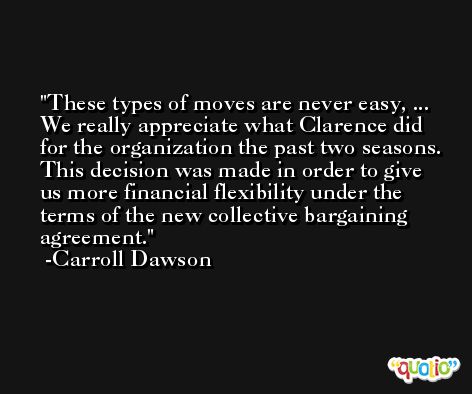 We think we've added another top-line piece of the puzzle and a great talent. To get a guy like this I feel very blessed. There are many ways that this guy can help our team win basketball games.

After a decade of starring in this league, Dikembe established himself as one of the league's top reserves last season. Deke gives us rebounding and defense off the bench and he also serves as a personal mentor to Yao Ming. He is a valuable contributor as well as a great teammate. 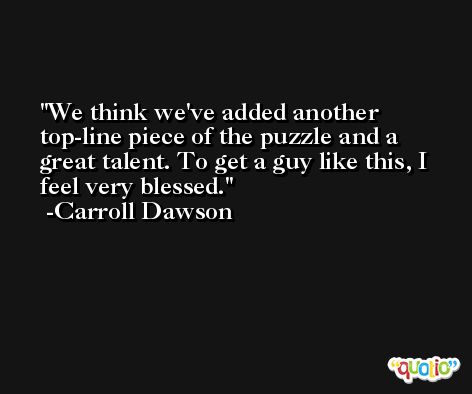