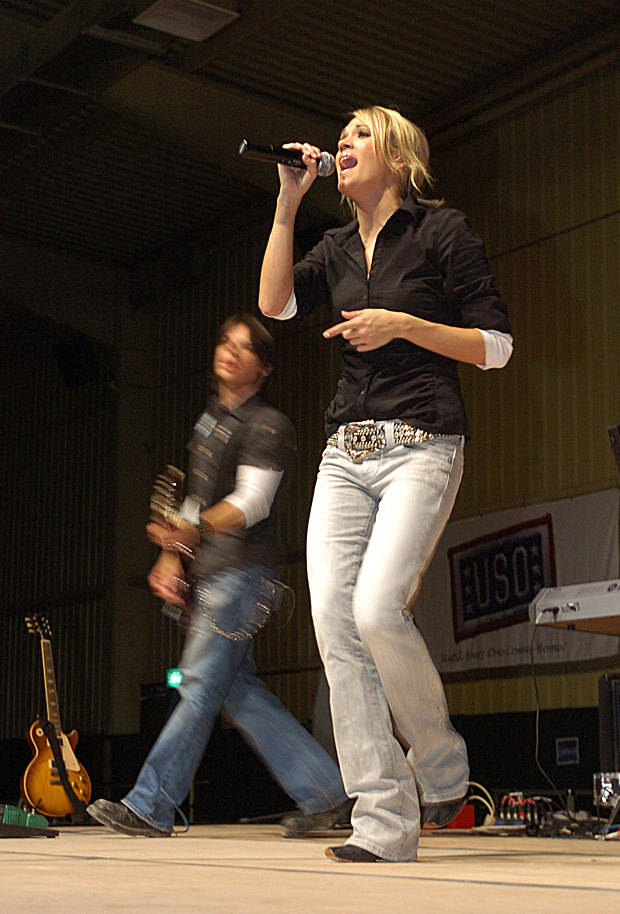 "Carrie Marie Underwood" is an American singer, songwriter, and actress. She rose to fame as the winner of the American Idol (season 4)/fourth season of American Idol in 2005. Underwood has since become one of the most prominent mainstream recording artists in the music industry, setting and breaking several records throughout her career. Her achievements led her to be inducted into the Grand Ole Opry in 2008 and into the Oklahoma Music Hall of Fame in 2009. She has won a List of awards and nominations received by Carrie Underwood/vast array of awards, including six Grammy Awards, sixteen Billboard Music Awards/Billboard Music Awards, eleven Academy of Country Music Awards and eight American Music Awards, along with being nominated for a Golden Globe Award for Best Original Song.

If you enjoy these quotes, be sure to check out other famous musicians! More Carrie Underwood on Wikipedia.

It's such a sacred place. So many people have played there.

I can't have a dog or cat on tour because of allergic Idols, but when this is over, I'm having an animal in my arms. 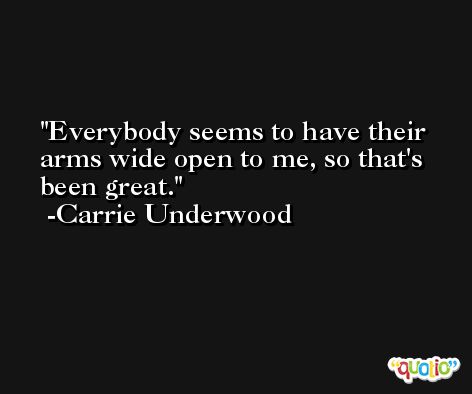 While on tour we of course have been following the tragic news relating to Hurricane Katrina ... When Simon (Fuller) suggested the idea of putting on a special charity concert to help those in need, myself and all the Idols on tour were very happy to help. Our hearts go out to the many people suffering from this disaster.

It's a very happy thing that we're doing to help people. When [executive producer] Simon Fuller suggested the idea of putting on a special charity concert to help those in need, I and all the Idols on tour were happy to help. 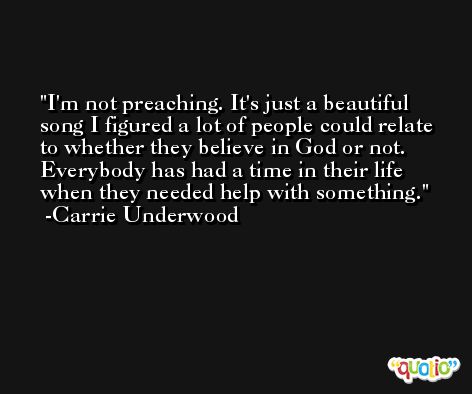 Instead of going through it all twice, this mashed everything together, I went to a record store this morning and bought my album. ... It's been surreal.