* Carl Marcus Olson (1911–2011), credited as the discoverer of the process to make silicon pure

If you enjoy these quotes, be sure to check out other famous athletes! More Carl Olson on Wikipedia.

Maybe they'll take off if everything is just right. Most of the time, they don't ... We've been lucky because in Arizona our climatic conditions, our soils are so different and so extreme that not many things that are tropical are going to be able to survive here.

Becoming Catholic involves entering into a relationship with the Catholic Church. 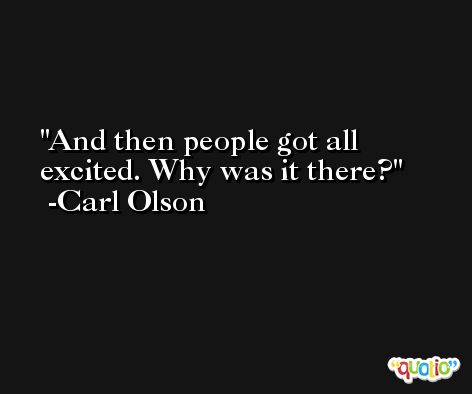 It could always happen. I'm just not going to get in a panic about it ... We can teach people how to overcome what otherwise becomes fear and paranoia of the bugs.

People have no tolerance. They think all bugs are bad. It's the American way. If you don't like something, kill it. 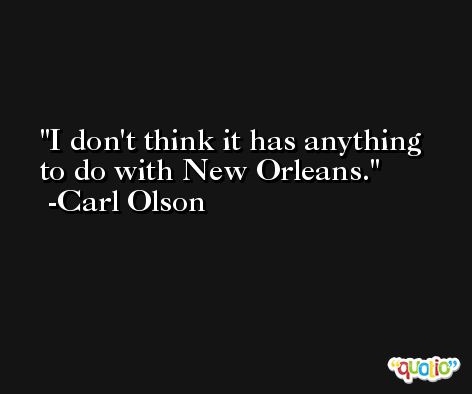 We've got a good inspection system in Arizona managing products that come from other parts of the county that could carry insects that could become problematic. 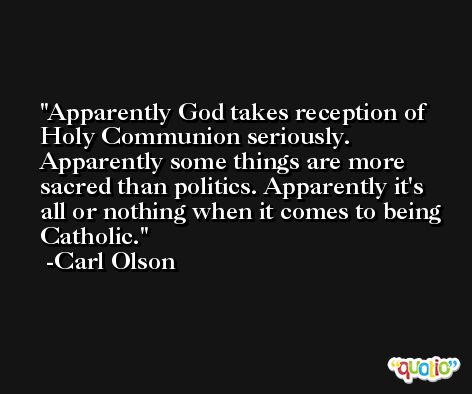