Bildt has been noted internationally as a mediator in the Yugoslav wars/Balkan conflict, serving as the European Union's Special Envoy to the Former Yugoslavia from June 1995, co-chairman of the Dayton Agreement/Dayton Peace Conference in November 1995 and High Representative for Bosnia and Herzegovina from December 1995 to June 1997, immediately after the Bosnian War. From 1999 to 2001, he served as the United Nations Secretary-General's Special Envoy for the Balkans.

If we can sort them out, I'm quite certain that the others will seem rather minor.

The clock is now ticking toward gradual European Union withdrawal. 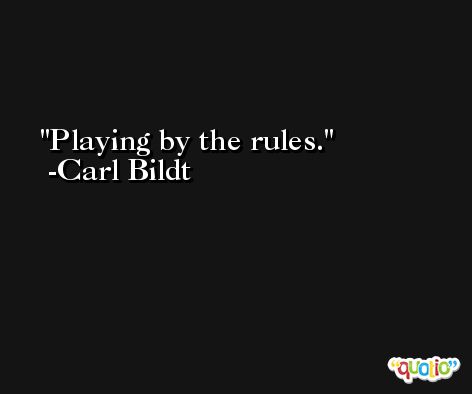 The absence of change in Serbia is a threat to the stability of this part of Europe. 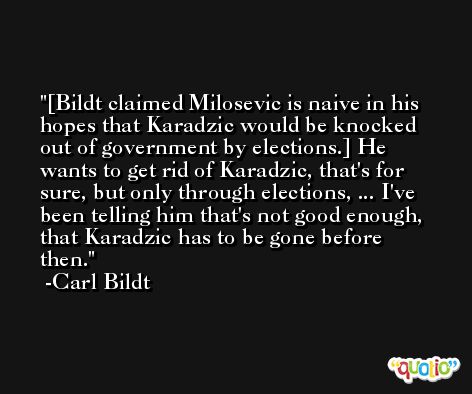 [Carl Bildt, the top civilian peace accord administrator, said the 2,000-strong international police force that is supposed to be in place by January 31 cannot force the Bosnian people to respect the accord.] The responsibility is mainly on the parties. It's their peace agreement, not ours, ... Freedom of movement will have to be guaranteed one way or another.

If the political process is stalled, then we are in a very difficult situation. 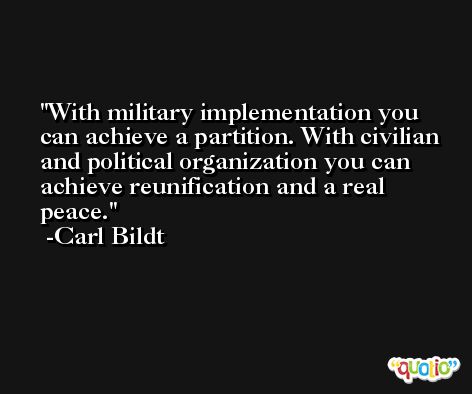