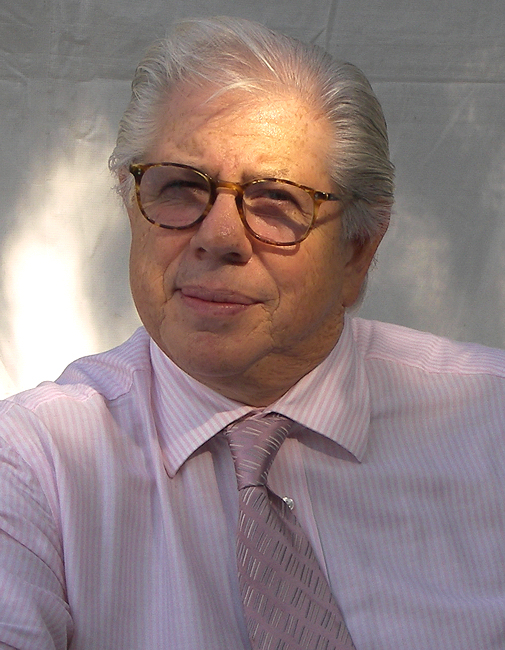 "Carl Bernstein " is an United States/American investigative journalist and author. Along with Bob Woodward at The Washington Post, he did the majority of the most important news reporting on the Watergate scandal. These scandals led to numerous government investigations and the eventual resignation of President Richard Nixon. For his role in breaking the scandal, Bernstein received many awards, and his work helped earn the Post a Pulitzer Prize for Public Service in 1973.

Bernstein's career since Watergate has continued to focus on the theme of the use and abuse of power "through books, magazine articles, television reporting and commentary." He is the author or co-author of six books: All The President's Men, Final Days and The Secret Man, with Bob Woodward; His Holiness: John Paul II and the History of Our Time, with Marco Politi; Loyalties; and A Woman In Charge: The Life of Hillary Rodham Clinton. Additionally, he is currently a Visiting Presidential Professor at Stony Brook University.

If you enjoy these quotes, be sure to check out other famous journalists! More Carl Bernstein on Wikipedia.

Better understanding of finding the truth in politics.

The greatest felony in the news business today is to be behind, or to miss a big story. So speed and quantity substitute for thoroughness and quality, for accuracy and context. The pressure to compete, the fear somebody else will make the splash first, creates a frenzied environment in which a blizzard of information is presented and serious questions may not be raised. 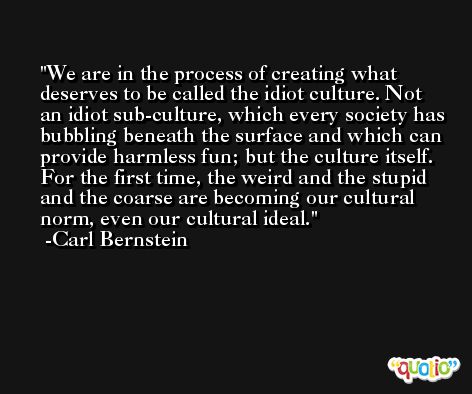 The failures of the press have contributed immensely to the emergence of a talk-show nation, in which public discourse is reduced to ranting and raving and posturing. 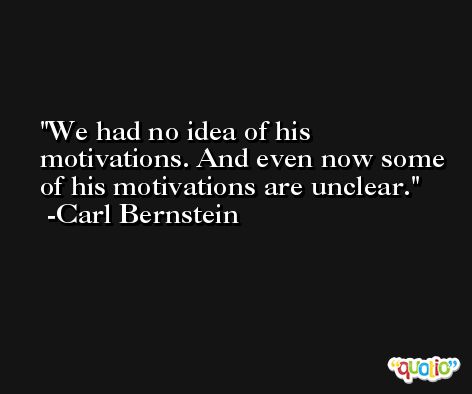 It was not about a break-in, a single break-in. It was about a pattern of illegal activities involving beating up members of the political opposition physically, stealing their memos, wiretapping political opponents, breaking into offices of psychiatrists, firebombing think tanks. 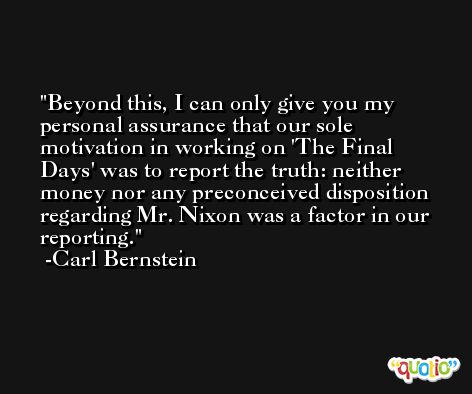