"Caitlin Ryan" is a fictional character from the Degrassi (franchise)/Degrassi series portrayed by Stacie Mistysyn. Caitlin is a main character on both Degrassi Junior High and Degrassi High, which chronicle her maturation from a seventh grader to a high school graduate. Mistysyn returned to play an adult Caitlin on Degrassi: The Next Generation, in which Caitlin is a recurring character.

The ones who are having a hard time are seeing only the gender rules and norms and how their kids are violating that. So they're reacting out of shame, 'What will the neighbors think?

I was so shocked at the end. We didn't come expecting to lose. Next year, we're gonna be ready. 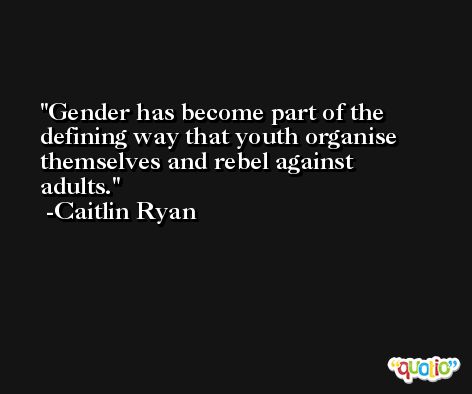 [To some youth, playing with gender identity and roles is as much about fun and self-expression as anything.] There's a kind of tongue-in-cheek aspect to it, ... as well as a celebration of oneself.

I think the fluidity of gender is the next big wave in terms of adolescent development. 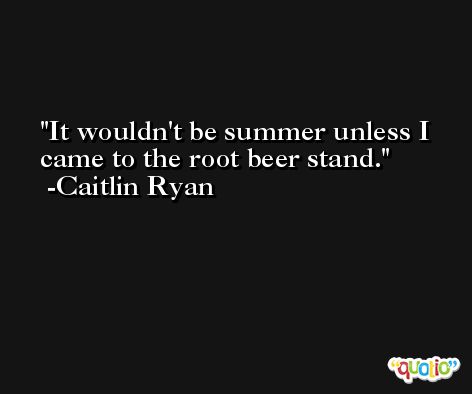 It's very important for self-esteem and for (gay youth) feeling their lives matter and are important.