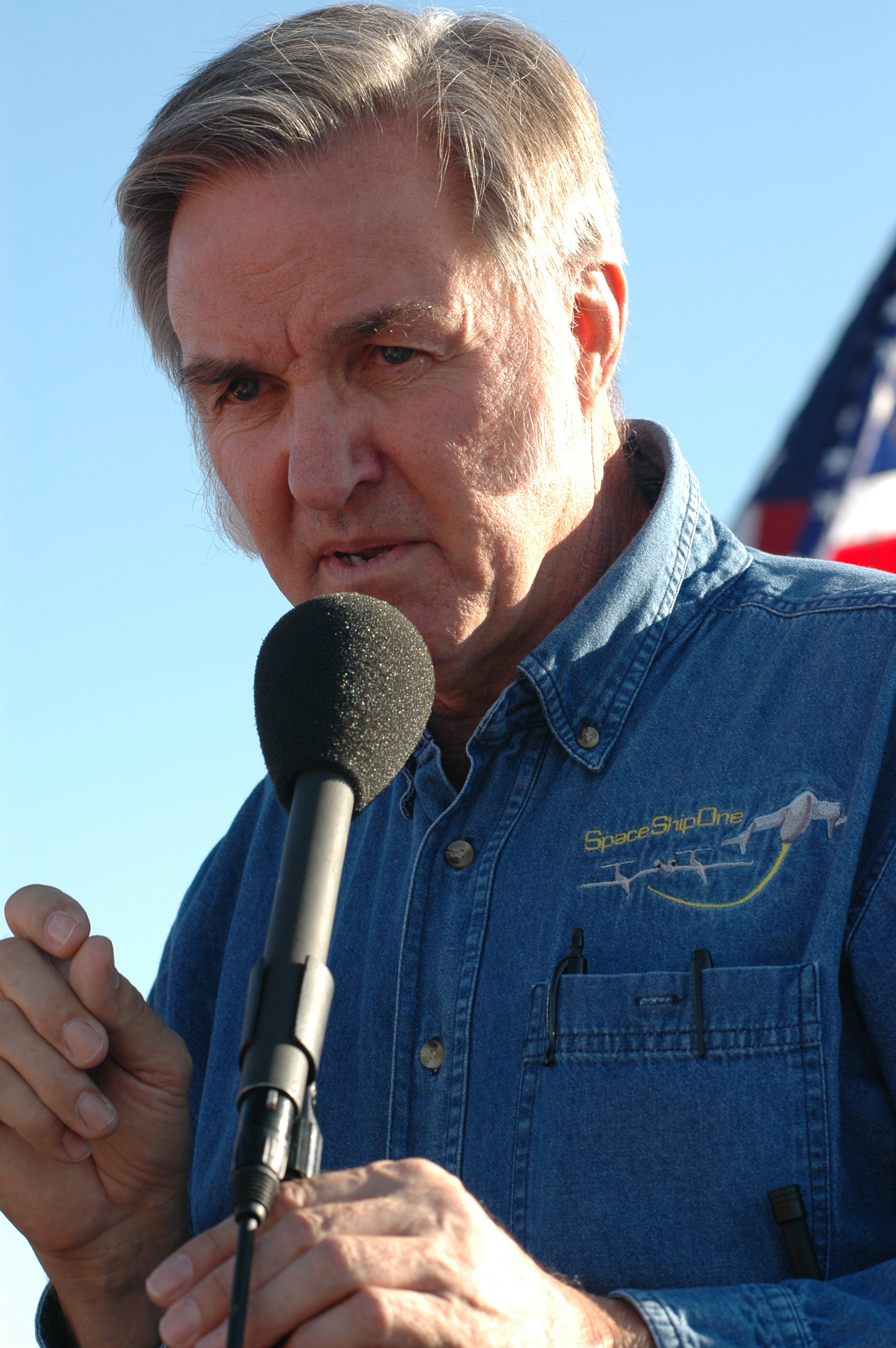 " Elbert Leander "Burt" Rutan " is an American aerospace engineering/aerospace engineer noted for his originality in designing light, strong, unusual-looking, energy-efficient aircraft. He designed the record-breaking Rutan Voyager/Voyager, which was the first plane to fly around the world without stopping or refueling, and the sub-orbital spaceflight/sub-orbital spaceplane SpaceShipOne, which won the Ansari X-Prize in 2004 for becoming the first privately funded spacecraft to enter the realm of space twice within a two-week period. He has five aircraft on display in the National Air and Space Museum in Washington, D.C., United States: SpaceShipOne, the Virgin Atlantic GlobalFlyer, Rutan Voyager/Voyager, Rutan Quickie/Quickie, and the Rutan VariEze/VariEze.

If you enjoy these quotes, be sure to check out other famous scientists! More Burt Rutan on Wikipedia.

In fact, it's more dangerous to fly in space in America now than it was earlier. It certainly is more expensive...more difficult, ... We've been relying on our taxpayer-funded research organization, Na Say, excuse me, NASA. 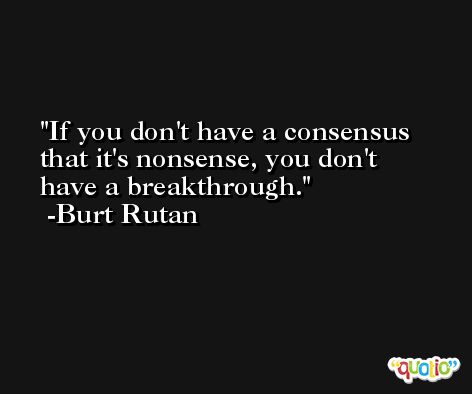 We can show that we can move right into an industry to fly the public at the level of safety that the early airliners had.

Just like when early airplanes were flying in 1910, we didn't know what the benefits are, but we were doing it because it was fun. 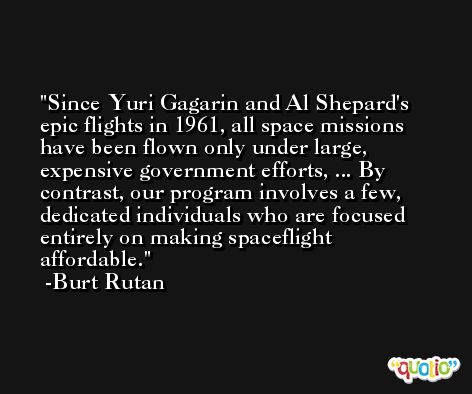 As opposed to the first 44 years of manned spaceflight, ... the difference is people are going to know that it is for them.