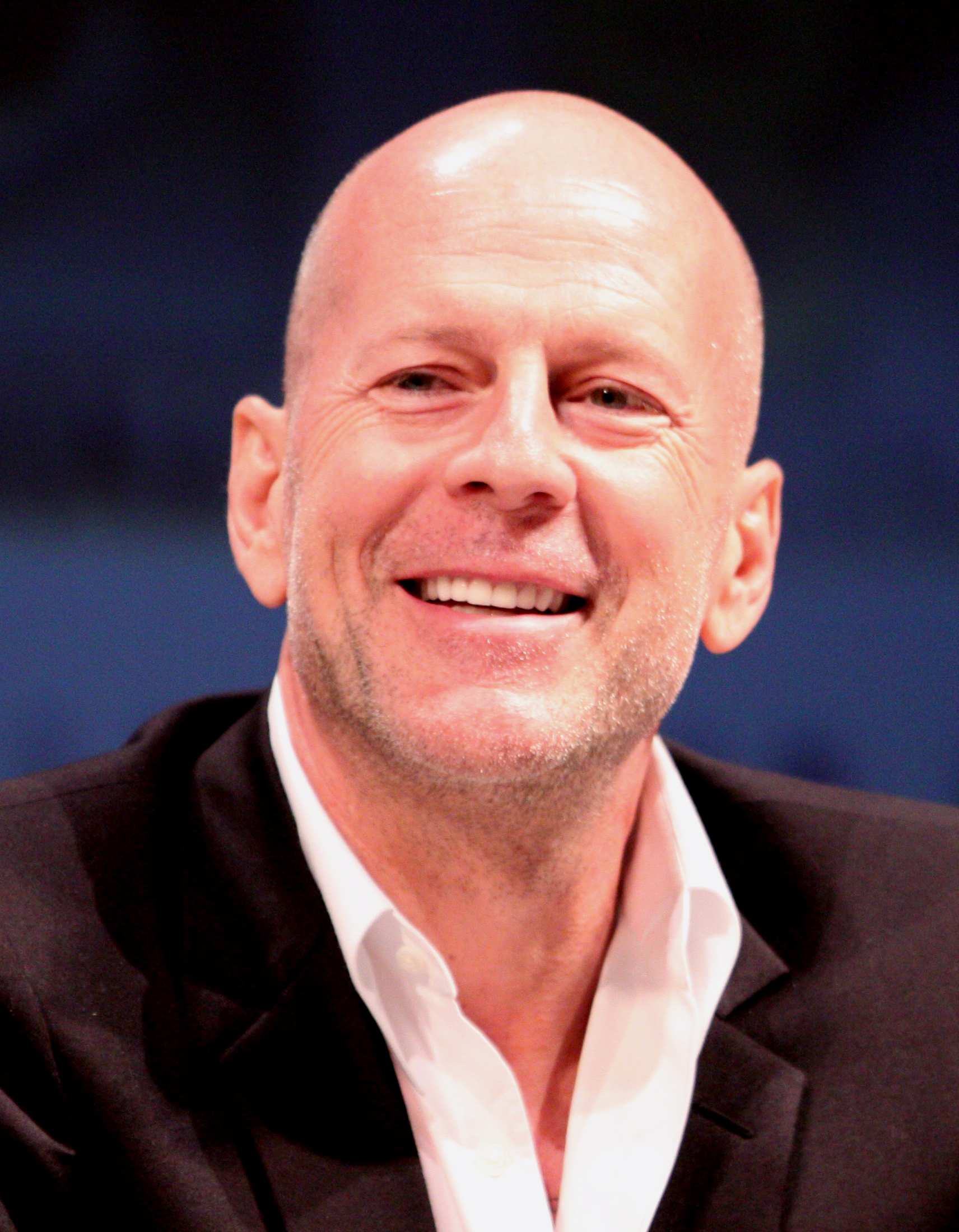 "Walter Bruce Willis" is an Americans/American actor, producer, and singer. His career began on the Off-Broadway stage and then in television in the 1980s, most notably as David Addison in Moonlighting (TV series)/Moonlighting (1985–89) and has continued both in television and film since, including comedic, dramatic and action roles. He is also known for his role of John McClane in the Die Hard (franchise)/Die Hard series, which were mostly critical and uniformly financial successes. He has appeared in over sixty films, including Pulp Fiction (1994), 12 Monkeys (1995), The Fifth Element (1997), Armageddon (1998 film)/Armageddon (1998), The Sixth Sense (1999), Unbreakable (film)/Unbreakable (2000), Sin City (film)/Sin City (2005) Red (2010), and The Expendables 2 (2012).

Motion pictures featuring Willis have Gross (economics)/grossed US$2.64 billion to 3.05 billion at North American box offices, making him the eighth highest-grossing actor in a leading role and twelfth highest including supporting roles. He is a two-time Emmy Award–winning, Golden Globe Award–winning and four-time Saturn Award–nominated actor. Willis was married to actress Demi Moore and they had three daughters before their divorce in 2000, following thirteen years of marriage. Since 2009, he has been married to model Emma Heming, with whom he has two daughters.

If you enjoy these quotes, be sure to check out other famous actors! More Bruce Willis on Wikipedia.

Too many children in foster care are falling through cracks. . . . Be a hero -- take the time learn about adoption today.

I'm staggered by the question of what it's like to be a multimillionaire. I always have to remind myself that I am. 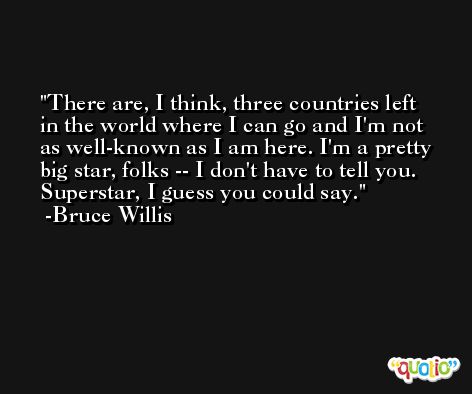 It's solid gold. I'm going to put it up on my mantle.

On the one hand, we'll never experience childbirth. On the other hand, we can open all our own jars. 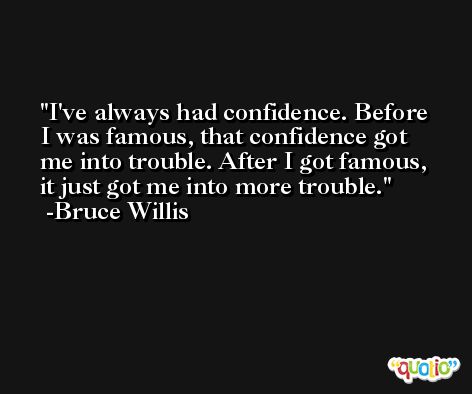 I like having the dough to come and go as I please.

If you catch him, just give me four seconds with Saddam Hussein. 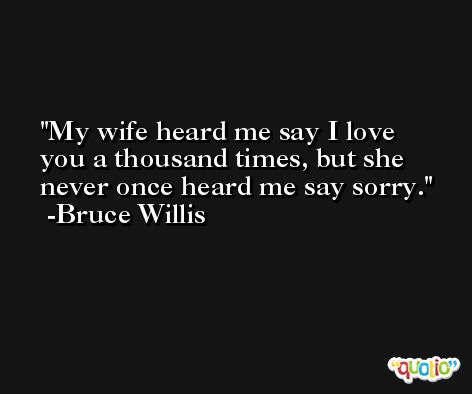