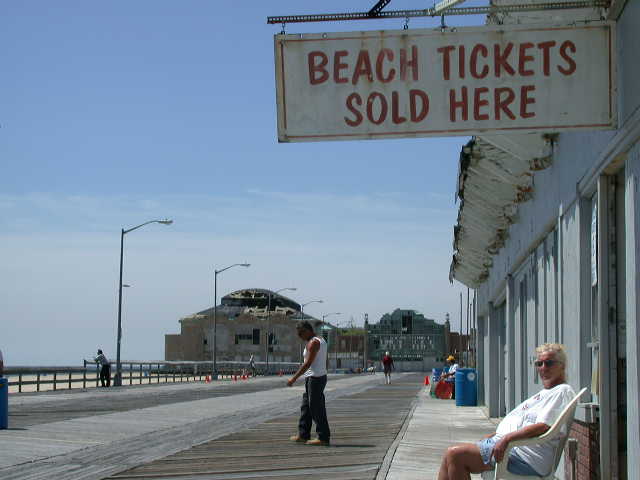 "Bruce Frederick Joseph Springsteen" is an American singing/singer and songwriter. He is best known for his work with his E Street Band. Nicknamed "The Boss", Springsteen is widely known for his brand of poetic lyrics, Americana (music)/Americana working class, sometimes political sentiments centered on his native New Jersey and his lengthy and energetic stage performances, with concerts from the 1970s to the present decade running over three hours in length.

Springsteen's recordings have included both commercially accessible rock albums and more somber folk-oriented works. His most successful studio albums, Born in the U.S.A. and Born to Run, showcase a talent for finding grandeur in the struggles of daily American life; he has sold more than 64 million albums in the United States (making him the fifteenth highest selling artist of all-time) and more than 120 million records worldwide, making him one of the List of best-selling music artists/world's best-selling artists of all time. Springsteen has earned numerous awards for his work, including 20 Grammy Awards, two Golden Globes and an Academy Award as well as being inducted into both the Songwriters Hall of Fame and the Rock and Roll Hall of Fame in 1999.

If you enjoy these quotes, be sure to check out other famous musicians! More Bruce Springsteen on Wikipedia.

When it comes to luck, you make your own.

Music was my way of keeping people from looking through and around me. I wanted the heavies to know I was around. 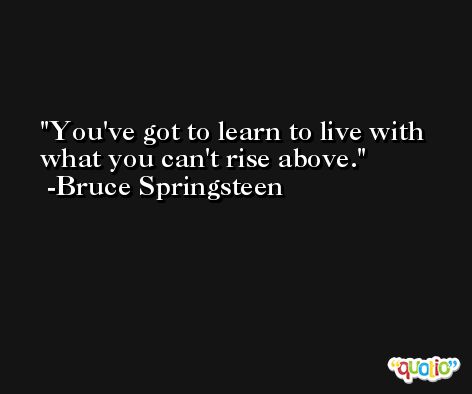 Some guys they just give up living, others start dying little by little piece by piece, some guys come home from work and wash up, and go racing in the streets.

Blind faith in your leaders, or in anything, will get you killed. 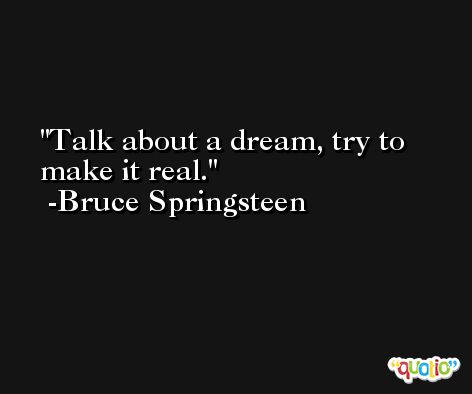 The best music is essentially there to provide you something to face the world with. 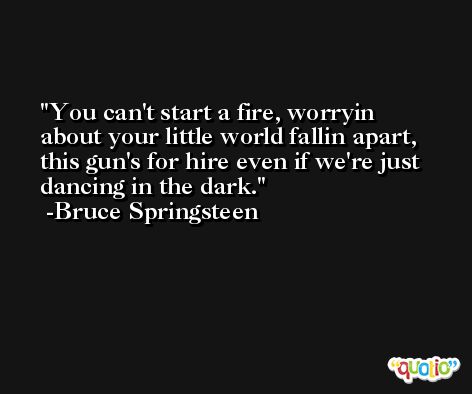