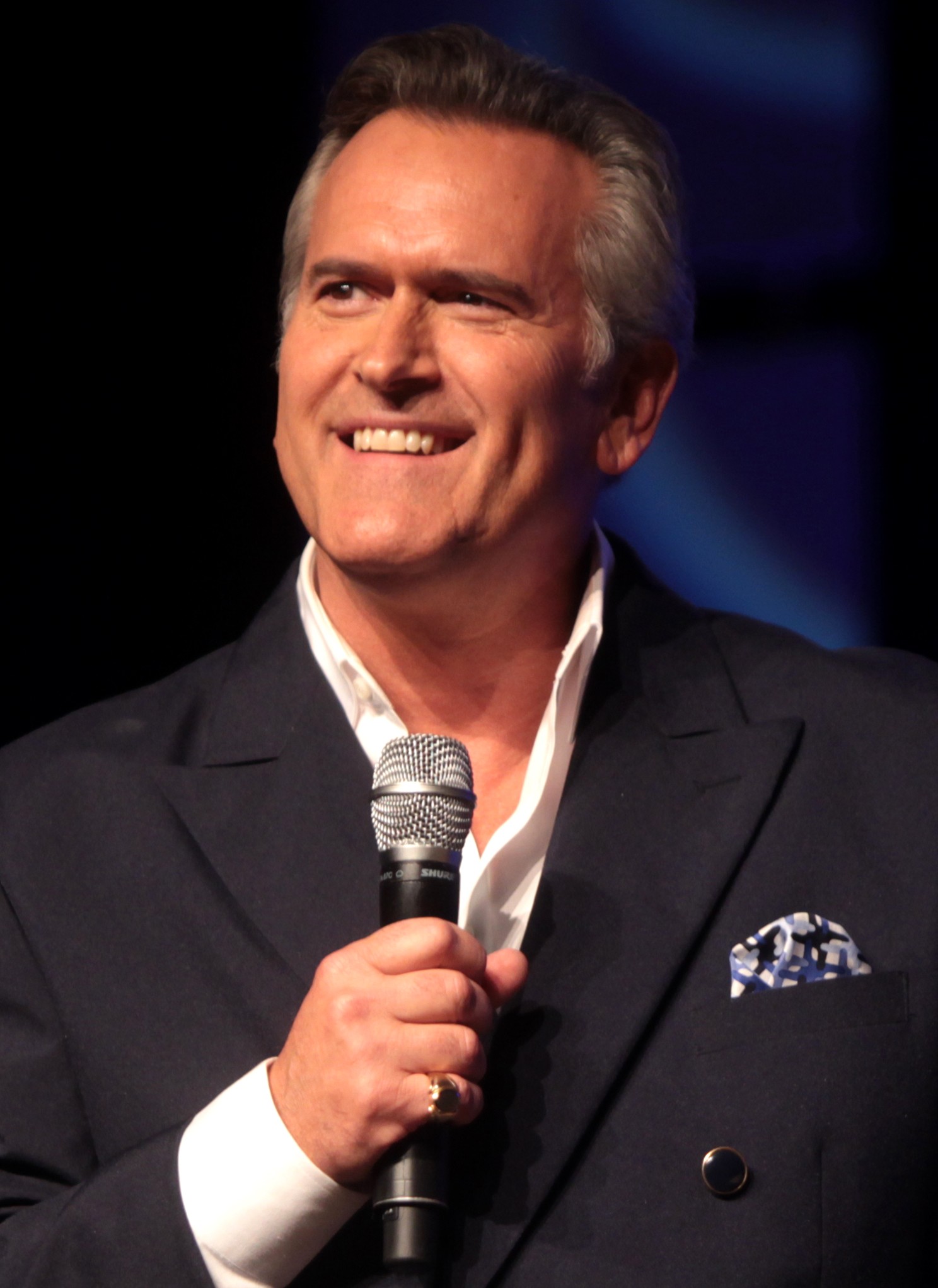 "Bruce Lorne Campbell" is an American film and television actor, director, writer, producer and author. As a cult film actor, Campbell is best known for his role as Ash Williams in Sam Raimi's hit Evil Dead (series)/Evil Dead series of films and he has starred in many low-budget cult films such as Crimewave, Maniac Cop, Bubba Ho-Tep, and Sundown: The Vampire in Retreat. He would later spoof his B-movie career in My Name Is Bruce, which he starred and directed. He has since made voice appearances in animated films, including Cloudy with a Chance of Meatballs (film)/Cloudy with a Chance of Meatballs and Cars 2. Campbell is of Scottish people/Scottish descent.

In television series/television, Campbell is known for his lead roles in both The Adventures of Brisco County, Jr. and Jack of All Trades (TV series)/Jack of all Trades, his portrayal of List of Hercules and Xena characters/Autolycus (the Autolycus#Cultural references/King of Thieves) in Hercules: The Legendary Journeys and Xena: Warrior Princess, and notably for his role as Sam Axe on the USA Network series Burn Notice.

If you enjoy these quotes, be sure to check out other famous actors! More Bruce Campbell on Wikipedia.

If I were pitching it in Hollywood, ... I'd say it's `The Out-of-Towners' with a brain transplant. 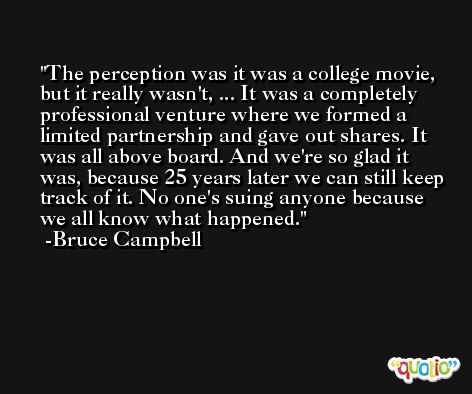 For a long time I was embarrassed to say I was a 'B' movie actor, ... But now that I see what Hollywood's putting out, I realized 'B' actually means 'better.'

When staff discovered it (the mould) we contacted an independent consultant who tested the area. He did a thorough inspection of the building and cleaned up the affected areas immediately. A follow up sampling showed the school was completely free of mould. 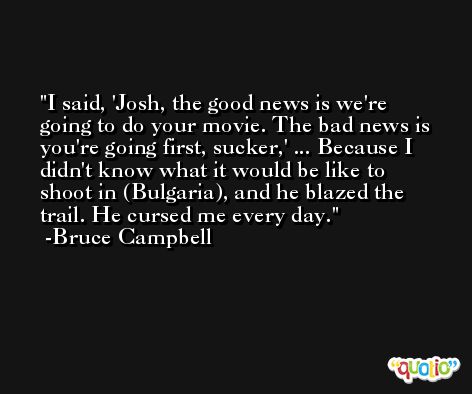 It's a very dark tale of greed, betrayal and revenge in Bulgaria - all with a brain transplant!

Last Wednesday staff discovered a couple of areas of mould growth on some classroom walls. They were less than a square foot in surface area, totally different from the last time. There was something like three or four (areas) of surface mould growth, not the kind of stuff before, when it was behind the walls and growing for a long time. This is a different story. 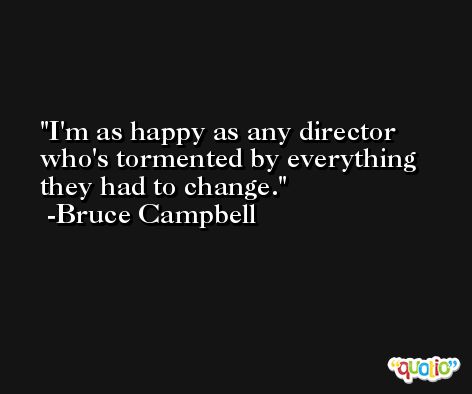