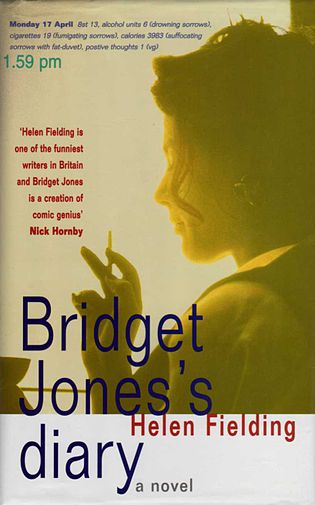 "Bridget Jones's Diary" is a 1996 in literature/1996 novel by Helen Fielding. Written in the form of a personal diary, the novel chronicles a year in the life of Bridget Jones, a thirty-something Single (relationship)/single working woman living in London. She writes about her career, self-image, vices, family, friends, and romantic relationships.

By 2006, the book had sold over two million copies worldwide. A sequel, Bridget Jones: The Edge of Reason, was published in 1999.

Bridget: Daniel, what you just did is actually illegal in several countries. Daniel Cleaver: That is one of the reasons that I'm so happy to be living in Britain today.

Bridget: My mum, a strange creature from the time when pickles on toothpicks were still the height of sophistication. 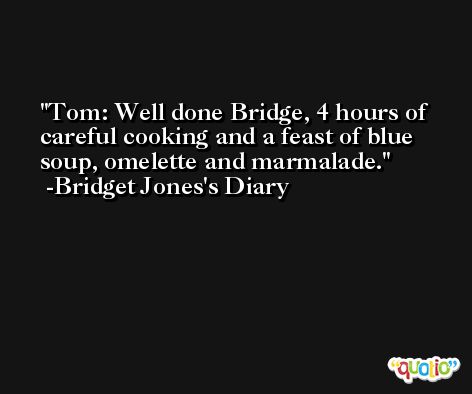 Mark: "You haven't got any beetroot cubes, have you? Any mini-gherkins, stuffed olives?"Bridget: "No, Pam, and besides, I'm busy. The gravy needs sieving."Mark: "Surely not, just stir it, Una."