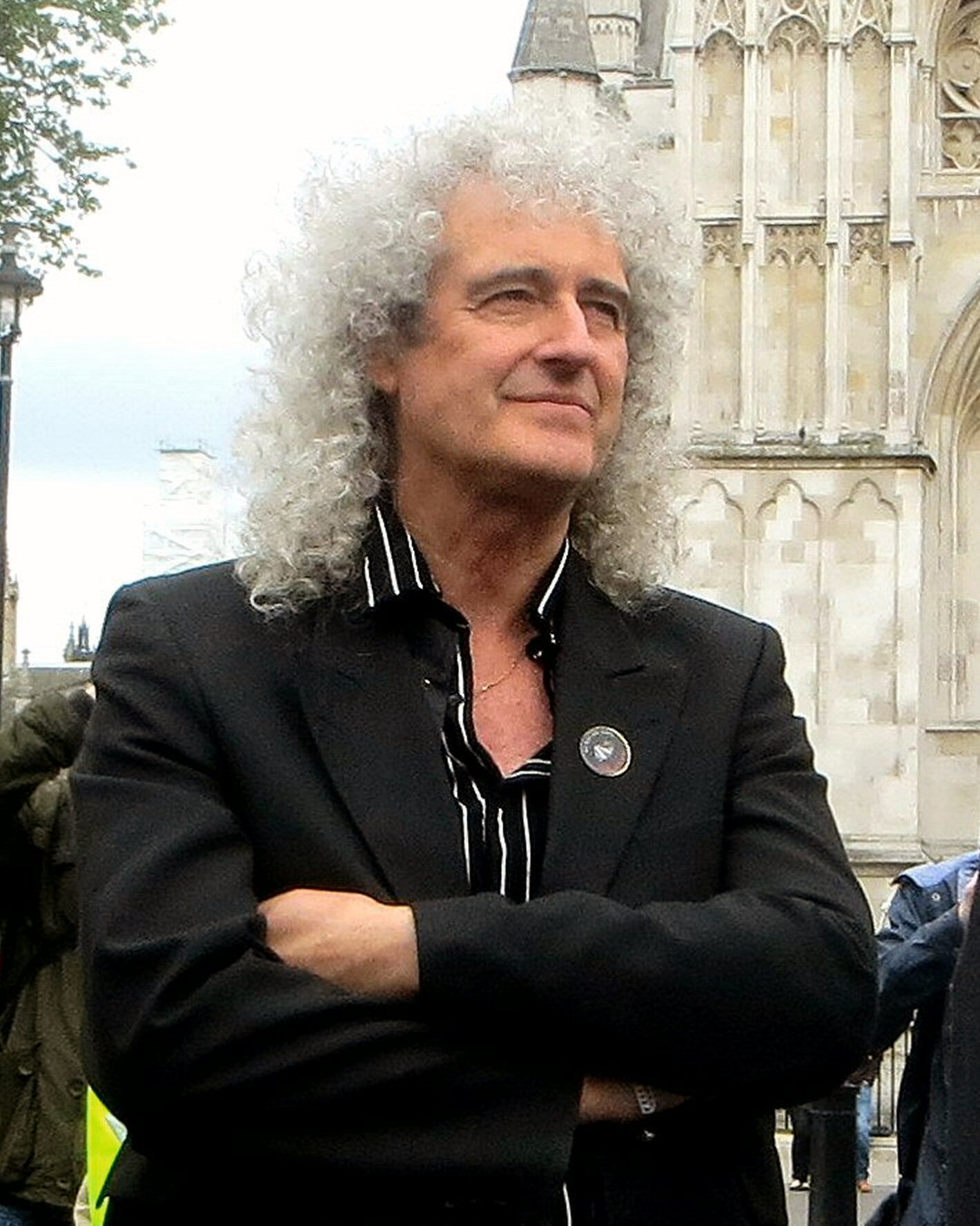 "Brian Harold May", is an English musician, singer, songwriter and astrophysicist who achieved international fame as the lead guitarist of the rock band Queen (band)/Queen. He uses a home-built electric guitar, called the Red Special. His compositions for the band include "We Will Rock You", "Tie Your Mother Down", "I Want It All (Queen song)/I Want It All", "Fat Bottomed Girls", "Flash (song)/Flash", "Who Wants to Live Forever" and "The Show Must Go On (Queen song)/The Show Must Go On".

He was appointed a Commander of the Most Excellent Order of the British Empire (CBE) in 2005 for "services to the music industry and for charity work". May attained a PhD in astrophysics from Imperial College in 2007 and was Chancellor of Liverpool John Moores University from 2008 to 2013. He has homes in London and Windlesham, Surrey. He is an active animal rights advocate and was appointed a vice-president of animal welfare charity the RSPCA in September 2012.

If you enjoy these quotes, be sure to check out other famous musicians! More Brian May on Wikipedia.

We do rearrange things. But Paul also does have an amazing range that he doesn't use all that much. When we were doing Another One Bites the Dust , we pulled it down a couple of semi-tones because we didn't want to hurt him. 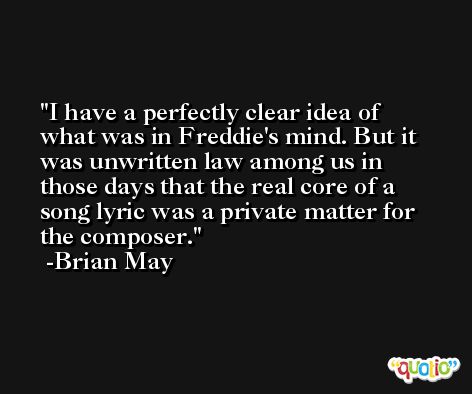 We didn't audition for Paul - he just turned up. He'd been a friend for many years, and suddenly there was a real chemistry there. Really, I don't think we could be out there with someone who hadn't trodden the same path as us.

But that seems to be what it's about. 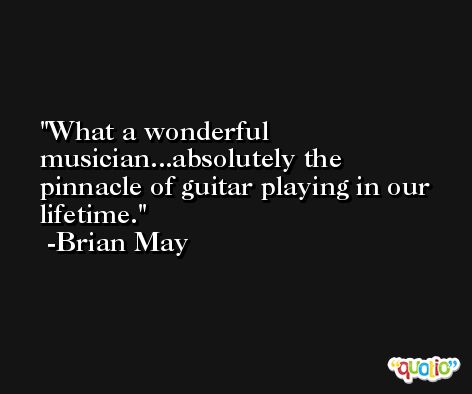 It was good to see. It was mostly military crowd and they supported him.

There is an enormous crowd of extremely famous people here sitting on the lawn chatting on their mobile phones.