"Brian Patrick Lamb" is an United States/American journalist and the founder, executive chairman, and now retired CEO of C-SPAN; an American Cable channel/cable network which provides coverage of the United States House of Representatives/U.S. House of Representatives and United States Senate/U.S. Senate as well as other public affairs events. Prior to launching C-SPAN in 1979, Lamb held various communications roles including White House Telecommunications policy of the United States/telecommunications policy staffer and Washington bureau chief for Cablevision magazine. He also served as a commissioned officer in the United States Navy for four years. Lamb has conducted thousands of interviews in his lifetime, including those on C-SPAN's Booknotes and Q&A (U.S. talk show)/Q&A, and is known for his unique interview style, focusing on short, direct questions. Over the course of his career Lamb has received numerous honors and awards including the Presidential Medal of Freedom and the National Humanities Medal.

If you enjoy these quotes, be sure to check out other famous businessmen! More Brian Lamb on Wikipedia.

My basic approach to interviewing is to ask the basic questions that might even sound naive, or not intellectual. Sometimes when you ask the simple questions like 'Who are you?' or 'What do you do?' you learn the most.

When you add it all up, I've committed about 1.8 years of my life to reading books for the series. It's time to use all those hours in other ways. 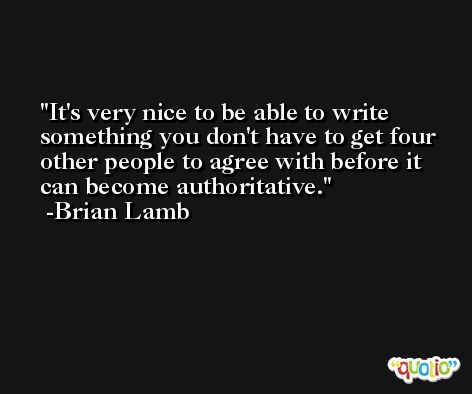 Twenty-five years ago, I was a guy with an idea to give the public access to political events, without interruption and without commentary. But C-SPAN is also the story of a group of public-minded cable entrepreneurs who stepped up and said, 'Yes, we'll put the House of Representatives on our cable systems,' and who continue to support us to this day.

We protested and appealed to let our cameras in, but Scalia won and we were kept out, ... Albany is a political town, too, and this shouldn't come as a surprise. 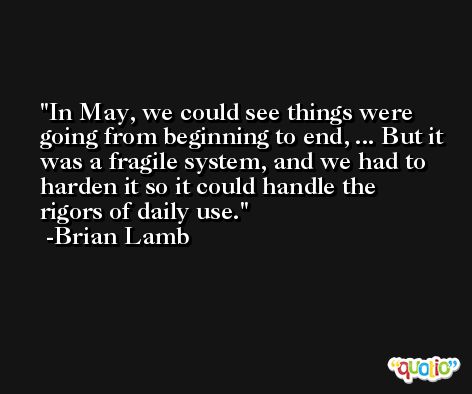 My number one goal was not getting 'A's' - and I proved it. I was a 'C' student. You have to be ready to learn. If you're not interesting in learning, it doesn't work. As I grew older and wanted to learn and desperately wanted inside information, learning was a lot easier.

"From the beginning, we promised folks that they'll see whatever event we cover in its entirety, from gavel to gavel - whether it's the House of Representatives or the Senate. That's the whole reason for being. 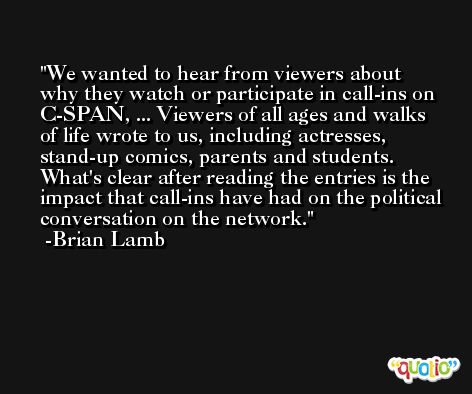