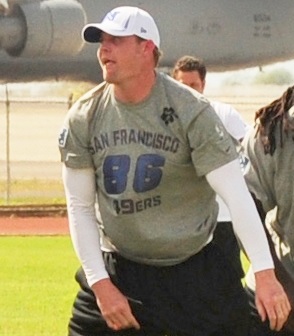 "Brian Lewis Jennings" is a former American football long snapper and tight end for the San Francisco 49ers of the National Football League (NFL). He played college football for Arizona State University, and was picked by the 49ers in the 7th round of the 2000 NFL Draft. He is a two-time Pro Bowl selection, having been chosen for the 2004 and 2012 Pro Bowls as a special teams player. He is the founder of Jennings 1-4-1, dedicated to developing the skill of long snapping.

We are probably overdue for this. 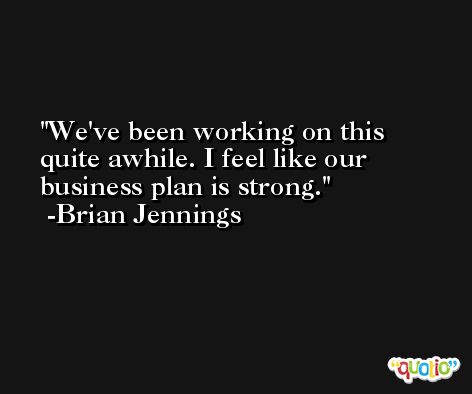 I work about four minutes a year. The rest of the time I'm trying to have as good a time as possible.

The growth has really been with the farmer-owned plants, but we're going to see some non-farmer entities get back into it big. 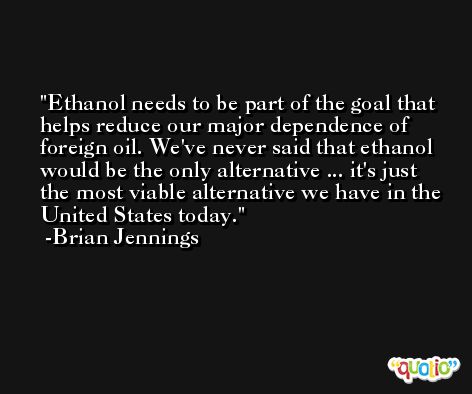 The American Coalition for Ethanol is pleased that the state of Wisconsin has taken this critical first step to support the increased use of ethanol. The state has developed a strong local ethanol industry, and ensuring that much of that Wisconsin-made ethanol is used in Wisconsin is one way to secure its continued success and to make the state less dependent upon outside sources of energy.

We're going to see a rapid growth in production and use of ethanol.