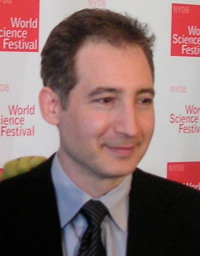 "Brian Randolph Greene" is an American theoretical physicist and Super-string theory/string theorist. He has been a professor at Columbia University since 1996 and chairman of the World Science Festival since co-founding it in 2008. Greene has worked on Mirror symmetry (string theory)/mirror symmetry, relating two different Calabi–Yau manifolds (concretely, relating the conifold to one of its orbifolds). He also described the Flop-transition/flop transition, a mild form of topology change, showing that topology in string theory can change at the conifold point.

Greene has become known to a wider audience through his books for the general public, The Elegant Universe, Icarus at the Edge of Time, The Fabric of the Cosmos, The Hidden Reality, and related Public Broadcasting Service/PBS television specials. He also appeared on The Big Bang Theory episode "The Big Bang Theory (season 4)#ep83/The Herb Garden Germination", as well as the films Frequency (film)/Frequency and The Last Mimzy.

If you enjoy these quotes, be sure to check out other famous physicists! More Brian Greene on Wikipedia.

When I got here, there were a lot of guys who would lose a game, and then right after the game they'd forget about it.

The boldness of asking deep questions may require unforeseen flexibility if we are to accept the answers. 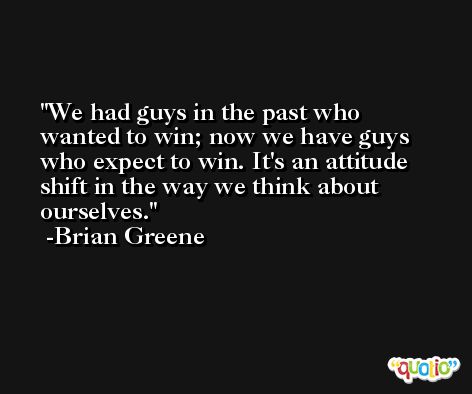 We might be the holographic image of a two-dimensional structure.

About two o'clock in the morning he called me, and I could tell he was pretty distraught. 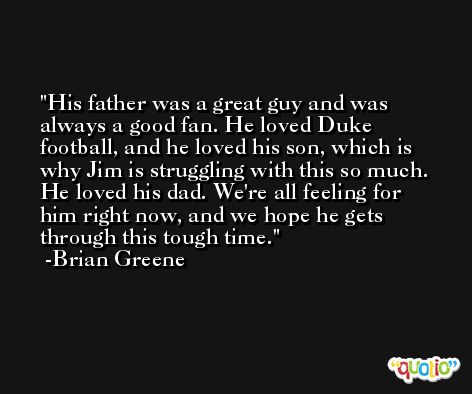 How can a speck of a universe be physically identical to the great expanse we view in the heavens above? 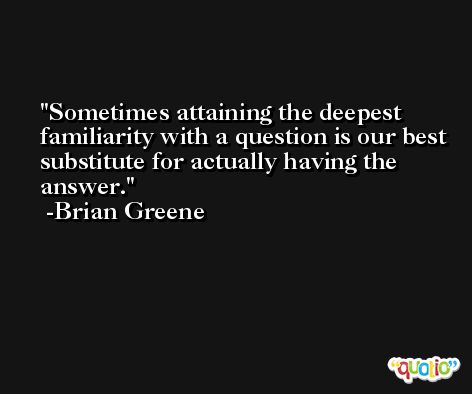