"Brian France" is the American Chief executive officer/CEO and Chair (official)/Chairman of NASCAR, taking over the position from his father, Bill France, Jr., in 2003. Time Magazine named him one of the "100 Most Influential of the Century" in 2006 and he was named one of the five most powerful sports executives by The Sporting News in 2005.

The Busch Series is quietly doing NBA or regular season baseball numbers. It's wearing out other sports. Busch will never be the Cup series, but we would like the new agreement for that to be a franchise of its own, treated with promotion and announcers that differentiate that series a little better as we go down the road.

It would be OK (for a champion not to win a race), although I think it's very unlikely. I would be shocked if the winner goes through the final 10 and doesn't win a race. 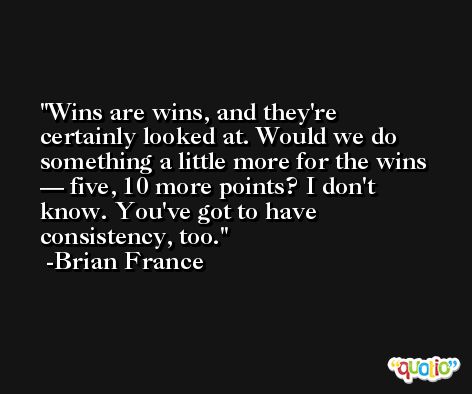 We're getting down to the wire. Looks to be in the next four to six weeks or sooner there will be some firm announcements of where we'll land.

They wanted to do it right. 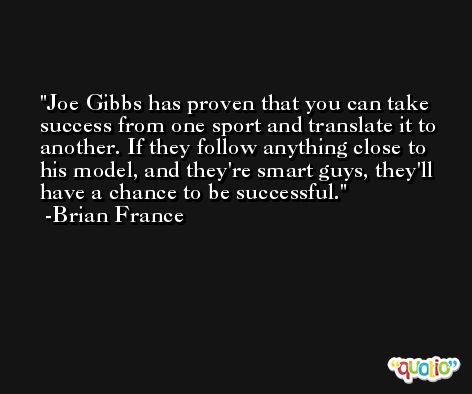 One of the things I wanted to say to all you guys is that when you talk to the team owners about this . . . we come at it from different views. We actually have very much competing agendas.

We are going to have a greater urban impact. Anytime you can create awareness, it stands to create interest. 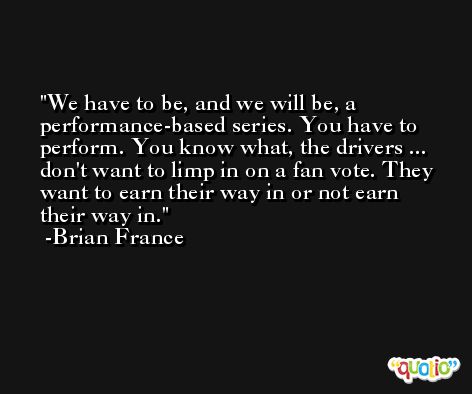