"Brian Durocher" is an United States/American ice hockey coach. He has spent almost 40 years as a coach after a collegiate playing career that saw him win the 1978 NCAA Division I Men's Ice Hockey Tournament/1978 National Championahip and has been the head coach of Boston University Terriers women's ice hockey/Boston University's women's team since 2004. Durocher spent most of the intervening period as an assistant for several schools, including two separate stints at BU, but served as the interim head coach at Colgate Red Raiders men's ice hockey/Colgate when Terry Slater (ice hockey)/Terry Slater died during the 1991–92 NCAA Division I men's ice hockey season/1991–92 season.

We had a lot of heart and toughness. That was probably reflected best in the second time we played several teams, we came back and played extremely well to the point of even winning.

The players had the character, heart and resiliency to show that the game up in Maine was a fluke. 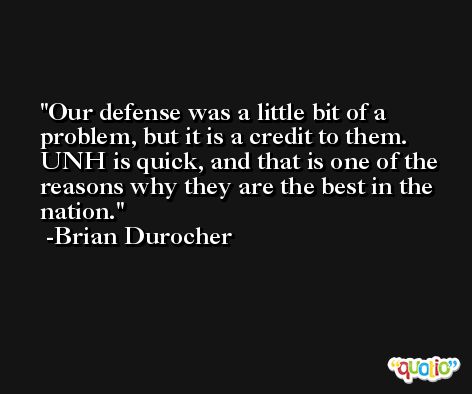 It was a very positive game. We were much more organized in this game and left Northeastern knowing that they were given a challenge.

They beat us to rebounds on a few goals. Even so, we never quit. 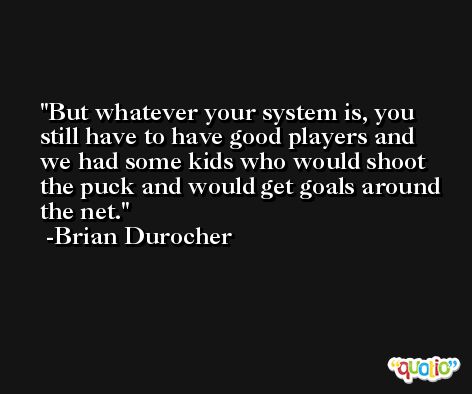 This is a young team and we need a little more experience before we can think about outscoring New Hampshire. With a void of juniors and seniors, it is hard to get experience out there.

We all remained very content with our overall effort. It was an excellent first season, and I am very appreciative of the effort put in by all of the players. 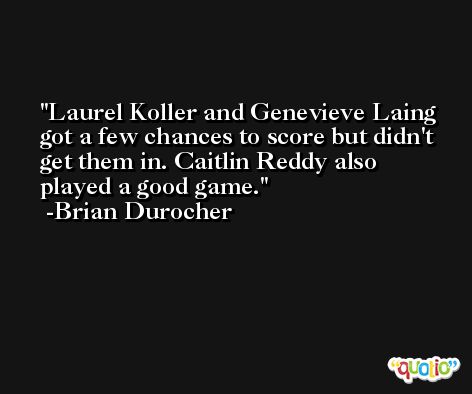