"Brendan V. Sullivan, Jr." is a senior partner of the law firm Williams & Connolly. Sullivan is white-collar crime/white-collar criminal defense attorney best known for his defense of U.S. Marine Lieutenant-Colonel Oliver North in the wake of the Iran-Contra Affair/Iran-Contra scandal in the late 1980s. He is known for his combative style and several prosecutors have been fired, disbarred, or jailed for prosecutorial misconduct Sullivan had uncovered.

He has also represented former U.S. Department of Housing and Urban Development (HUD) Secretary Henry Cisneros, Walter Forbes, former chairman of Cendant Corporation, and a number of states against Microsoft, and the lacrosse players in the Duke lacrosse case.

They left that outside shot open, so I just started taking them. We work on moving off the ball, and I think that's part of the reason we had success.

We're pretty specific about not going away. 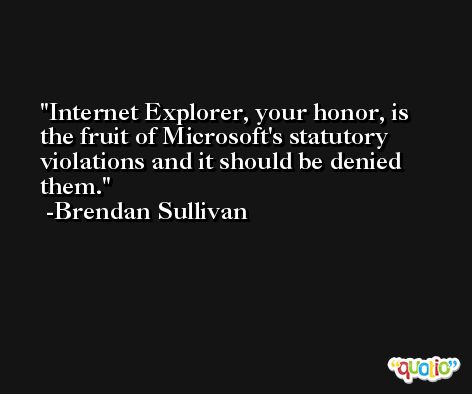 The fate of no citizen should rest on the testimony of such a man so richly rewarded.

Cigarettes cause lung cancer. It's as simple as that. 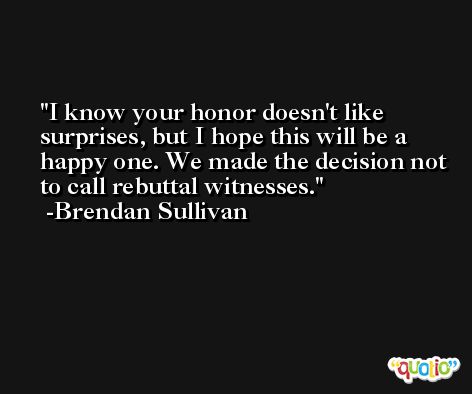 These were innocent people just going about their daily business and these (terrorists) chose to take them out. We don't want to forget that.

Our defense played well, but it was a little bit chaotic. Our defense is way stronger than they played tonight. 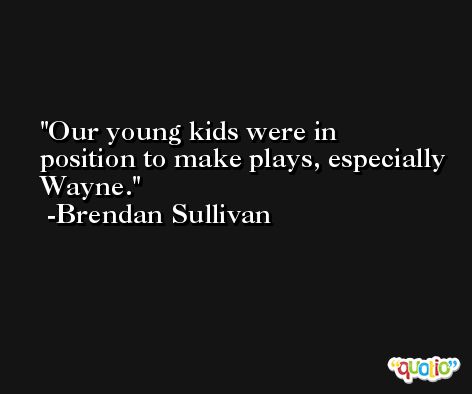 More traumatic than the attack on Pearl Harbor.

As for the fumbles, we run to the ball pretty well and when you do that well, that's what happens. 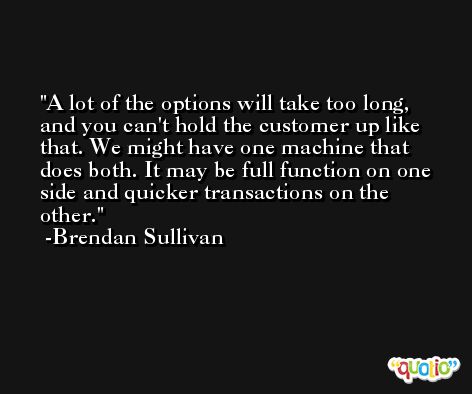 We had a disappointing October but it has picked up. We're having an excellent peak season, (but) a late peak season.

Tell me when something happens.